OPI Come to Poppy and I Lily Love You 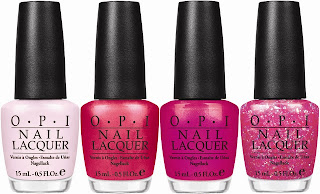 From left to right they are: Play The Peonies, Come to Poppy, Be A Dahlia Won't You, and I Lily Love You.

Before I went on vacation, I stopped by my local Ulta and found this collection on sale. Play The Peonies is a really light, frosty pink and didn't really interest me and apparently Be A Dahlia Won't You is a dupe (or close enough) for China Glaze's 108 Degrees, which I already own. So I grabbed Come to Poppy and I Lily Love You.

Come to Poppy is described as a shimmery coral pink. This polish has got shimmer all over the place, though I'm not sure I really see the coral in this polish. I was afraid that this would be a kind of frosty old lady polish, but it was really pretty. This polish was extremely streaky for me and I needed three coats to even it out. I used OPI Natural Nail base coat and Essie Good to Go top coat. 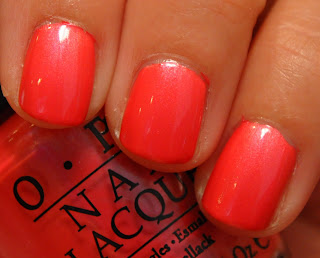 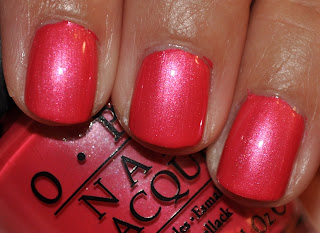 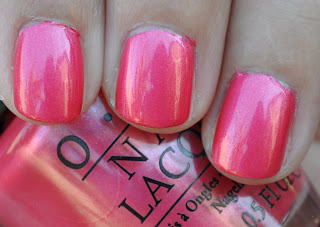 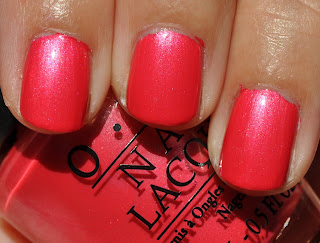 I Lily Love You is a sheer pink polish that is packed with different size and color iridescent glitter. It's really pretty in the bottle, though the sheer base means that it's better used as a layering polish rather than by itself. Personally, I loved the way this looked in the bottle, but it feel a little flat on the nail. Not to say it wasn't pretty, but... the polish in the bottle just looked much cooler. Here I've got I Lily Love You as an accent nail over Come To Poppy. I used two coats here. It was a little hard to get the glitter onto the brush and then on the nail-- not helped by the fact that when I opened up this polish, the brush fell out of the cap! Probably just a problem with my bottle, but watch out! As you can see, it's not quite evenly spread out over my nail-- there's one patch that I managed to miss with both coats. Oh well. 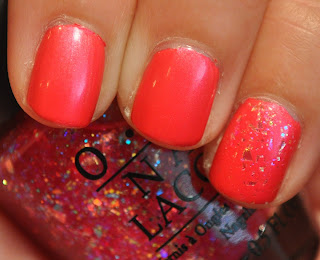 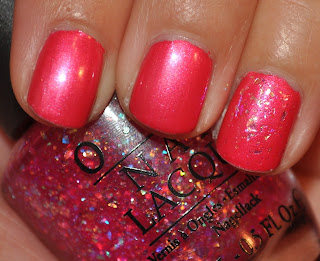 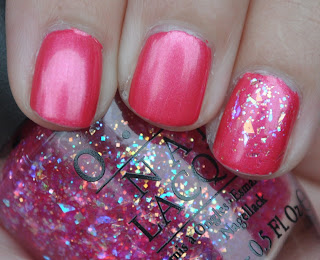 See what I mean? Gorgeous in a bottle, but just kind of ok on the nail.

If you want to see the whole collection reviewed, there is a nice review over at The PolishAholic.
Posted by Cat Ray at 9:31 PM