Happy 4th of July, everyone! It is actually beautiful and sunny and WARM here in the PNW, something that rarely happens this time of year. The official start to summer is here! Due to the fact that we took an unexpected trip down to the Portland/Vancouver area so I could spend time with my family-- my parents, my sister and her boyfriend, and my mom's best friend all gathered for the long weekend-- this is kind of quick and dirty. Sorry!

I had plans for a more elaborate 4th of July manicure (RBL's Underwear, covered with OPI's Red Shatter and Blue Shatter) but because of the trip and everything going on, that was too much work. So I decided to use Zoya Sooki (so named after the True Blood character), which is appropriately described as a "bright, clean, crisp cool cherry red cream with a subtle jelly finish.  For an irresistible, attention-grabbing red nail." This is definitely cherry red-- though it does appear more orange red, though it is pretty cherry red in person.  Sooki applied really well-- very smooth. I used two coats, and maybe could have used three, but two looked ok and that was all I had time for. It may not be very interesting, but it's hard to go wrong with a nice, bold red for the 4th!

I apologize for the state of my nails/polish in these pictures. I slapped this color on yesterday in a hurry before dinner and it got all dinged up between then and this morning when I took these pictures. My most sincere apologies-- it looks most terrible in the picture with the flash. 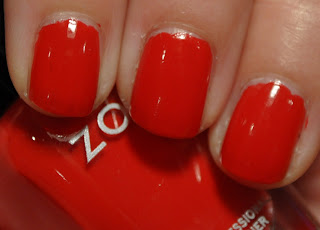 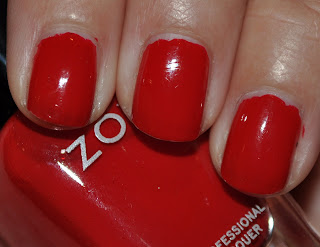 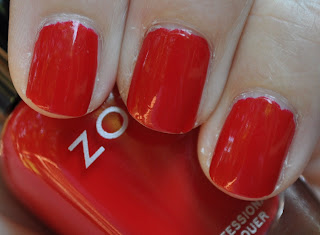 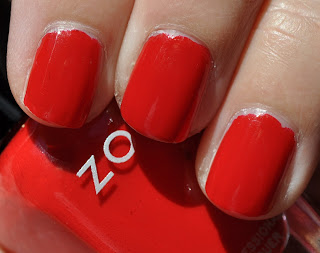