Because I showed you a metallic polish on Monday, I've got another one to share with you today-- this time from the brand Polish 'M! Centerstage was released a couple months ago and I loved the photos I saw so much that I decided I had to have it (ok, so that's really not that much of a challenge). Centerstage is described as a "crazy metallic flakie polish! It's in a clear base with rose, platinum, bronze and gold flakies." I think that sums it up very nicely! 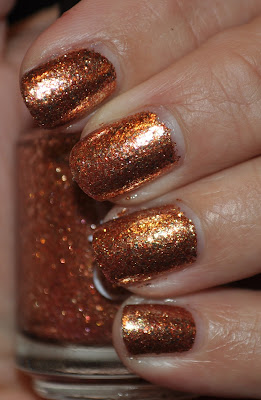 Foils like Center Stage never fail impress me with how shiny and reflective they are-- it's mesmerizing! I was really happy with this and I freaking love how shiny it is and how it changes under different lighting conditions.

Here's an iPhone photo so you can see it in a slightly different light: 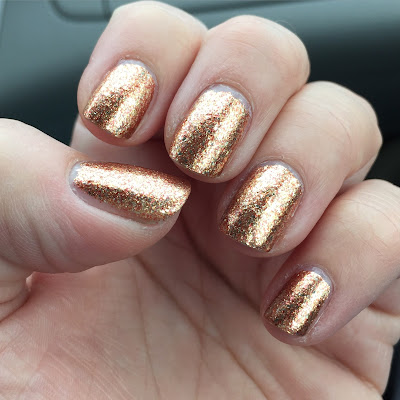 Are you drooling now? So.flipping.gorgeous!

Centerstage is currently available for purchase if you are interested!
Posted by Cat Ray at 6:00 AM