Blagger was one of the polishes released in butter LONDON's Spring/Summer 2011 collection. According to the butter LONDON dictionary, a blagger is someone with a silver tongue or a charlatan. Blagger is described as a "striking cobalt blue." I'm not sure exactly why they picked blue, as opposed to silver, but in any case, Blagger is a strikingly beautiful blue. Similarly to RBL's Dead Calm, I think Blagger looks like a crayon in a bottle.

Blagger was extremely well pigmented and had a good formula. I used two coats. To my dismay, though, the polish seemed to lean a lot more green on my nails compared to the bottle. The camera doesn't seem to pick this up at all, so maybe my eyes are just wonky, but in real life this polish felt much more teal rather than pure blue. 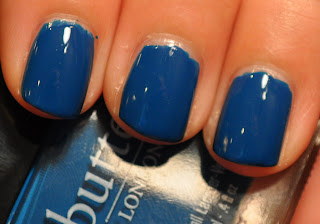 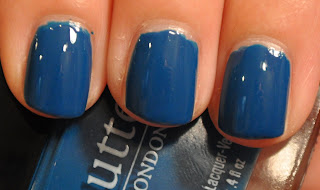 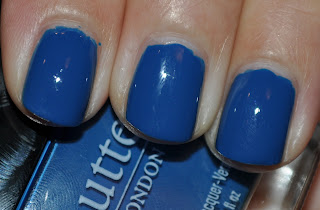 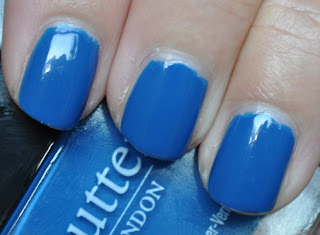 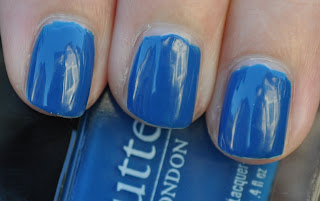 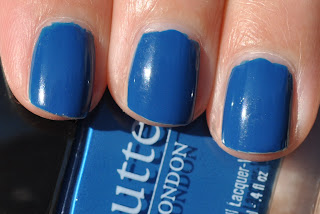 This is my second butter LONDON polish to try and so far I'm fairly impressed. No More Waity, Katie had its own issues (probably due to being a glitter polish) but overall, wasn't a terrible polish. Blagger had an awesome formula and wasn't difficult to work with at all. I am looking forward to swatching and wearing my other butter LONDON polishes (and probably adding more to my collection).
Posted by Cat Ray at 12:06 PM