And I suppose that's basically what it is. I decided to layer Night Glow over Rescue Beauty Lounge Underwear to get the full effect of the polish. I picked up Underwear in one of my pre-orders... I can't remember why exactly; probably because I figured it might make a nice base coat for sheer colors. Underwear is described as a "clean lit-from-within white neon that is striking on its own, or use it as a base coat. It turns any color layered over it to neon-bright." I needed two coats of Underwear to get a nice, streak-free base coat, but I think it would be possible to that in one coat if you were careful. Underwear is highly pigmented, but a little on the thick side and therefore prone to dragging. 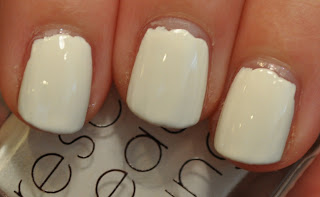 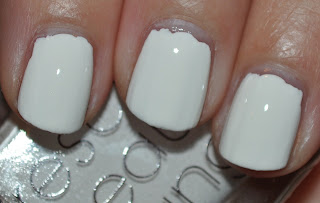 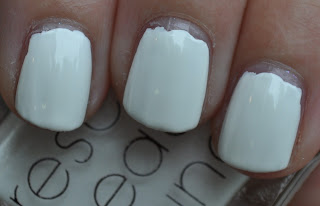 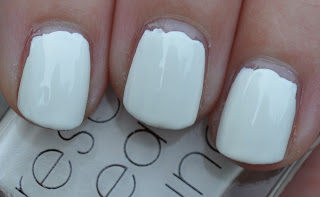 So now... onto Night Glow! Wet n' Wild recommends using 2-3 coats alone, so I used 3 coats over Underwear. Night Glow gives the white polish a kind of greenish/yellowish color and if you hold under a lamp for several seconds, you get a really nice glow. I didn't time it or anything, but I left this one on my swatching hand when I went to bed and did this right before I turned off the lights. The glow was kind of distracting! I kept want to play with my fingers. 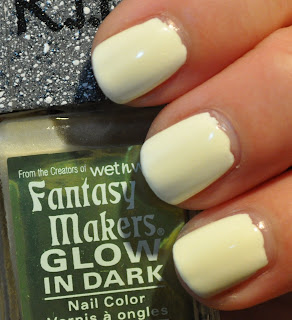 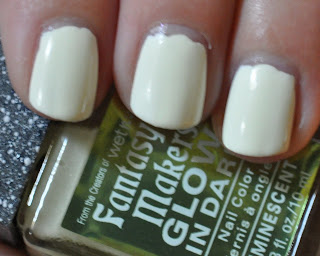 Glow in the dark! Both these pictures are a bit blurry (the first one especially) but it gives you an idea how this polish looks. 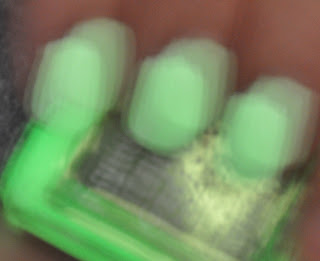 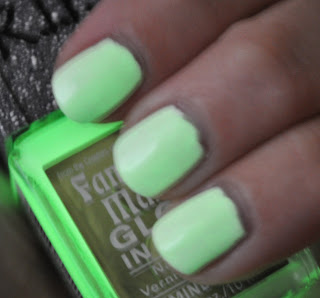 I think I'm in love with this! Where has this been all my life and why haven't I played with this before?! It's awesome! Definitely couldn't wear this everyday, but this would be awesome at some party with black lights. I need to find an excuse to wear this now!
Posted by Cat Ray at 7:10 PM