Not Like the Movies was released by OPI this this past January as part of collaboration with Katy Perry. There were five polishes in the collection, including Black Shatter, which kicked off the whole shatter/crackle trend this year. The other polishes were named after songs from Perry's album California Girls. Secret about me: I like Katy Perry's music. Don't hate me! But over the summer, the California Girls album was my jam. It's fun, fluffy music that I don't have to think too hard about and that I can sing along to. Sometimes, that's all that I want.

Not Like the Movies is a hard polish to describe. I think it's supposed to be a green/lavender duochrome polish with silver microglitter. In some lights it takes on a silvery lavender look and in others it looks more green and you can see the microglitter. This polish goes on very sheer, but three coats resulted in opaque coverage. It was definitely a funky polish in terms of color, but I like it a lot and got several compliments on it when I wore it. 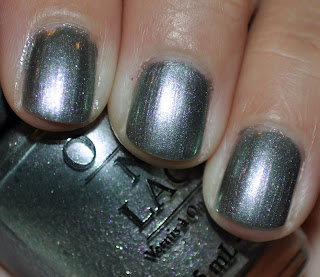 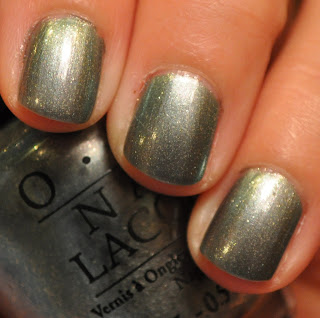 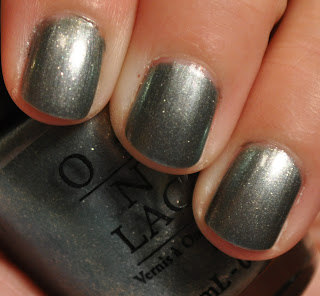 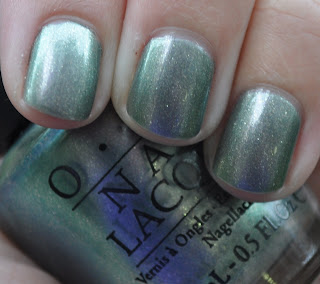 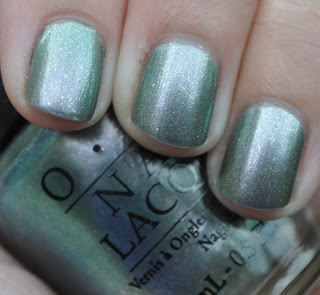 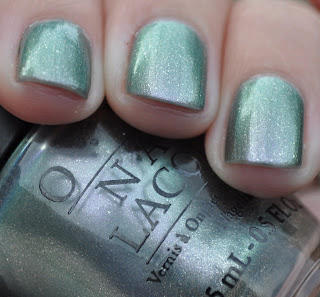 Apparently, though, there are two versions of Not Like the Movies. You can see this blog post at Love 4 Lacquer about the two different versions. To be honest, I think I own the second version, as I bought my polish some time after the original release , but I'm not quite sure. The first photo, with flash, looks duochrome-y. I don't know. This isn't the first time that this has happened with OPI, but it's still unfortunate. You'd think that the people who create these polishes would write down the recipes, but working in a lab, I know how easy it is to do things and not write them down and then try to piece things back together later! It's just a bummer when a really great polish is altered to something that isn't quite as awesome. Still, I do like this polish. I will have to try it under Black Shatter, since they were released together.
Posted by Cat Ray at 9:17 PM