This is the Huskies one and only bye week this week, so I am taking a break from the manicures! For those who don't follow college football, a "bye week" is basically a week off during the course of the season. Players get a chance to rest and while they still have practice, it's basically some down time to rest, recoup and revive the team. So, in honor of the Huskies bye week, I am also taking a break! Michigan is playing tomorrow against Northwestern, and I will be rooting for them of course, but since they aren't my primary team, I'm not painting my nails for them either. Sorry, boys!

Instead, I'll do a quick recap of my manicures so far and give some hints for my upcoming ones!

Week 1: Huskies vs Eastern Washington. UW squeaks by with a win in an extremely close game-- much closer than many fans anticipated. 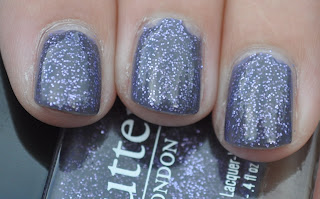 Week 2: Michigan vs Notre Dame-- first night game in the Big House! Michigan wins in the last 8 seconds of the game, shocking everyone. UW also hangs on to beat Hawaii in another close game. 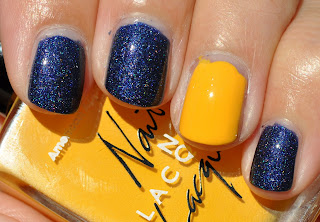 Week 3: UW vs Nebraska for the THIRD FREAKING TIME IN A YEAR; don't get me started. Unfortunately, terrible calls and a mental breakdown in the third quarter prevent UW from winning this rubber match. 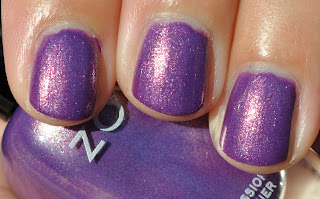 Week 4: UW vs California in the first conference match-up of the season! Another close game-- it all comes down to a goal line defensive stance in the last 30 seconds and UW manages to hold on and win! 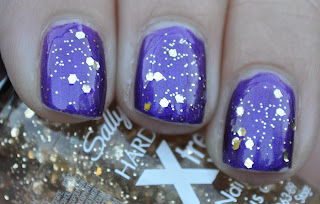 Week 5: UW vs Utah, a Pac12 newcomer, in their first conference road game of the season. Despite a rocky start, UW dominants in its first real blow-out of the year and are looking good at 4-1 heading into their bye week. 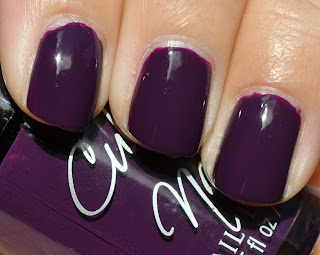 Upcoming: I am hoping to get a little more creative-- like nail art! So not like me. I would like attempt a half moon manicure, a funky french, and maybe even a splatter manicure!

Potential colors to be used: China Glaze Fault Line, Solar Power, Lemon Fizz, a-england Lady of the Lake, L'Oreal Amazon Flash, Julep Alfre, Revlon Royal Cloak, Rescue Beauty Lounge Look Rich Be Cheap, Purple Haze, Mismas, and OPI Glitzerland. And there are lots more! We have some big games coming up, so I'm going to have to pull out the big guns!
Posted by Cat Ray at 9:36 PM