Hey all! I'm back! Did you miss me? It's honestly been nice having some time off because I've been busy with a new project-- my very own Star Wars podcast! I was invited to co-host a new podcast called Fans of the Force! It's exciting, if a little nerve-wracking-- but I'm having a lot of fun talking everything Star Wars!

Kicking off my second annual Star Wars month, I'm starting with some polishes based off the planets in a Galaxy Far, Far Away! Today I have Hoth by Shleee Polish. If you have never watched the movies (and you should), Hotlh is home of the Rebel Alliance in The Empire Strikes Back is covered with snow and ice. To capture that, Hoth is a mix of light blue and silver microglitter in a clear base.

Because this is microglitter mix in a clear (or slightly tinted) base, it's not incredibly opaque when first applied. I used three coats and the finish product is mostly opaque, but not totally so. The silver microglitter is super reflective, so it's pretty difficult to notice in real life. This polish is a little thick, but not terribly so. It builds up pretty nicely, though you might want to use two layers of top coat, as the glitter tends to eat it and one coat wasn't quite smooth enough for my liking. 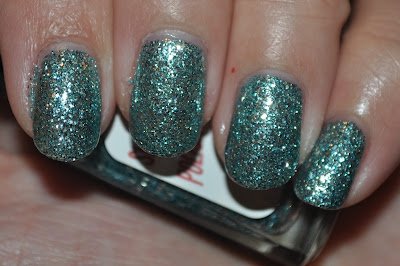 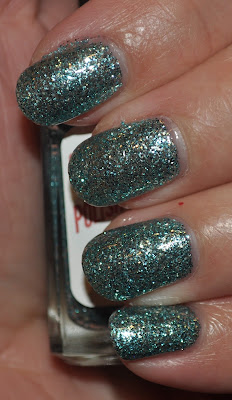 This is a beautiful way to capture the icy coldness of the planet Hoth. I do wish it was a bit more opaque, but in all honesty, Hoth was so reflective that you couldn't really tell. While these aren't my favorite type of polishes, this wasn't too bad. I like that Shleee Polish releases Star Wars polishes on a regular basis, and I will have more to show you later!
Posted by Cat Ray at 6:00 AM