These aren't recent, but when I started getting into nail polishes (which wasn't *that* long ago), I decided to splurge on a bunch of American Apparel nail polishes (well, I also had a Groupon). You'll have to forgive the pictures-- these were some of the first polishes I started to document and so I was still figuring out the photo thing. It's not perfect.

Factory Grey:
I love grays. I don't think they always look on me (at least in clothing form) but I still love to throw grays into the mix. Anyway, this was a nice medium grey creme color. Comes out slightly darker from what the bottle, but still a nice polish. 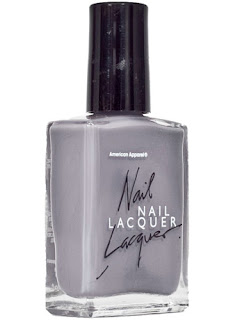 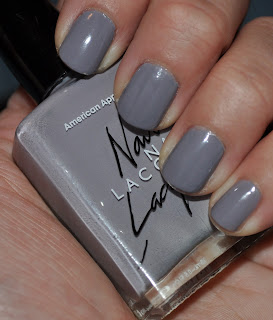 Office:
Not sure why this is called Office, but this was my first foray in mint green (mentioned in my last post). Unfortunately, I bought this polish knowing it would be problematic and indeed it was. Streaky, thick, gloopy... it was not a lot of fun. I think to get this picture I had to use four coats, and the polish took a long time to dry and I ended up taking it off almost immediately. Plus, I'm not convinced mint looks good on me-- I have definite lobster hands in the picture. 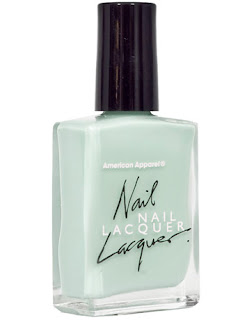 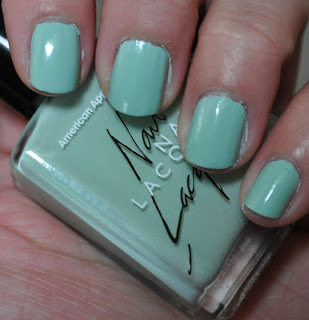 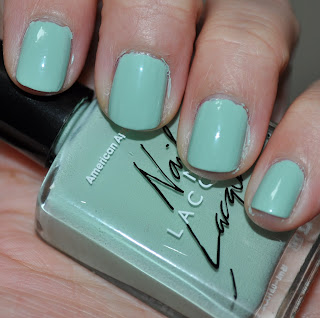 African Violet:
Confession: purple is one of my favorite colors. Yes, probably because I'm a UW fan and grad, but I love collecting purple polishes. I have a lot of them and they're growing every day. This was a great polish, went on nicely and was a great color. 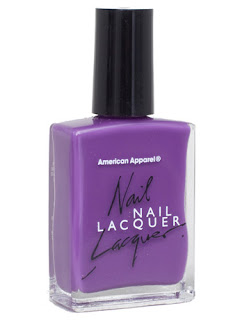 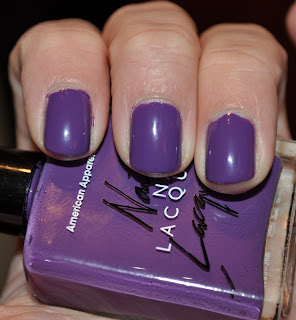 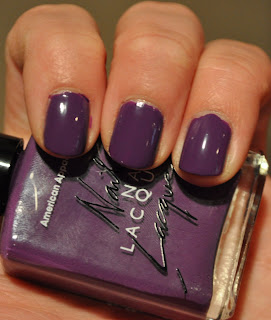 Cameo:
After purple, blue is probably my favorite color for nail polish. This is a pretty cornflower blue-- and again, this had a much better formula and went on nicely. 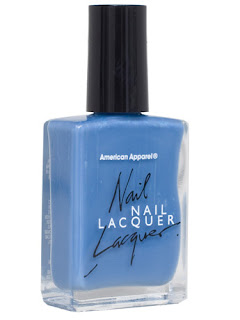 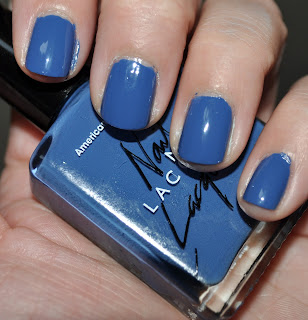 Manila:
Yellow isn't really a good color on me, but for some reason I am still attracted to it (and other bring colors). Maybe because I wish I could wear it. The picture of the bottle from the AA website is very misleading-- it looks more buttery while in reality it's a bright goldenrod yellow. 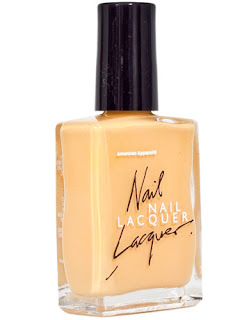 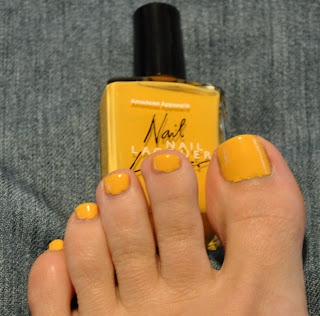 That's my American Apparel round-up.  I still have several more polishes to test out-- 7 more, actually. I'll get to those eventually!