Tonight I have the last neutral from my September Maven Box-- Julep Brandt. Initially I had some issues with this polish-- mainly because it arrived broken! 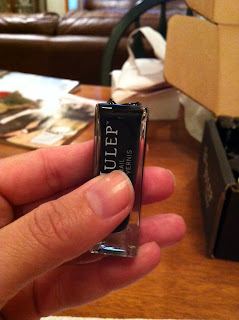 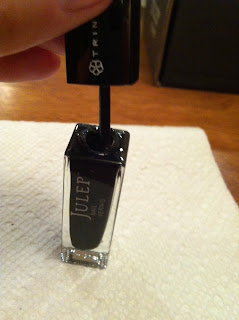 Noooo, polish tragedy! The neck was completely sheered off! Luckily Julep started wrapping their polishes in plastic, so I didn't have a major polish spill all over my box, which would have been a huge bummer. I got in contact with Julep's customer service and they sent me a replacement bottle asap, which was awesome.

Brandt is described as an "opaque off-black creme" and well, what else can I say about that? Not much. Brandt is definitely an almost or mostly black polish, but like Eileen was not a stark white, you can tell (on close inspection) that this is not pure black. It's like a very dark grey with a lot of black in it, and while at first I thought it maybe had brown or olive tones to it, I'm now fairly certain is has some blue tones.

Like Julep's other creme polishes, this was easy to apply and I didn't have any issues at all. Nice even formula, great pigmentation-- it flowed easily onto the nail and was easy to control. This is two coats without a top coat-- just look at how shiny it is! 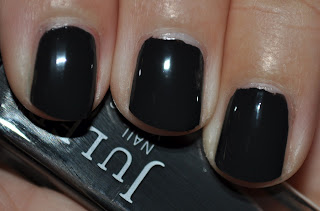 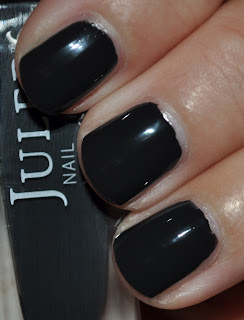 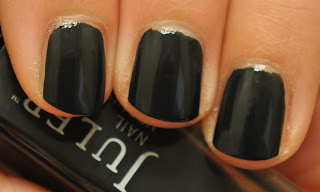 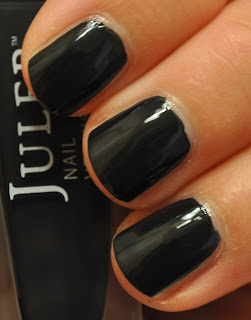 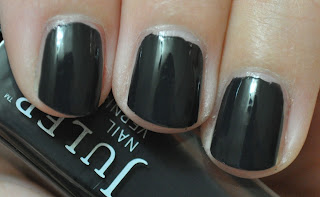 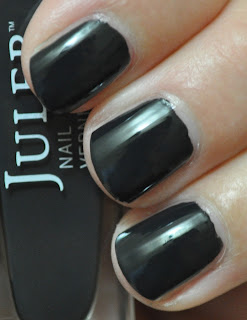 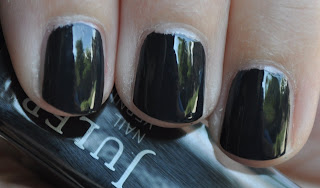 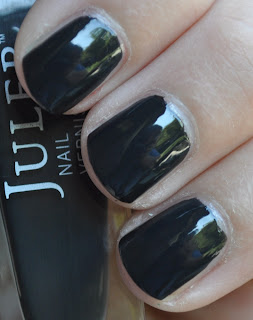 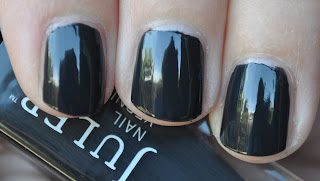 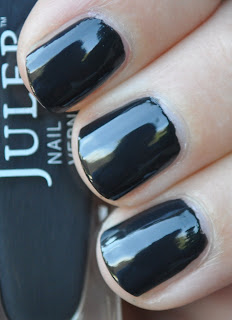 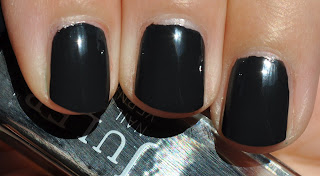 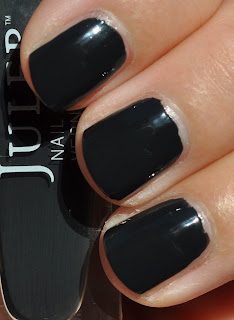 Generally, I tend to shy away from black polish. It seems too goth to me and reminds me of middle school, when we all trying to express ourselves by wearing black polish. Brandt reminds me of Cult Nails Blackout-- a softer version of black that is a little more wearable.
Posted by Cat Ray at 9:35 PM