Wow, it's been such a long time since I featured a China Glaze polish on my blog! Somehow, this brand has fallen off my radar, though I do have polishes waiting to be swatched (several polishes from the Hunger Games Collection) so it's not like I've forgotten about them entirely! The polish I have for you tonight is Cross Iron 360, which was re-released last year for the Halloween season. It was part of a 4 piece mini collection available at Sally Beauty Supply. Cross Iron 360 was originally released as a part of a winter collection several years ago. Kind of an interesting color for winter, but definitely perfectly for fall and Halloween! I would describe Cross Iron 360 as a "metallic orange with gold and bronze tones."

The formula on Cross Iron 360 was just ok. It was a little runny and difficult to work it, but not impossible. It's also a metallic, so you have to be a bit careful while applying it, but I didn't seem to have too many brushstroke issues. Here I have used three coats and no top coat. On the surface (and in the bottle), Cross Iron 360 seems very similar to Sally Hansen Shiny Penny, but on the nail they are definitely different. Cross Iron 360 is more orange and golden in appearance. The metallic threads in this polish really glow, giving it that gorgeous "lit from within" quality on the nail. It's so pretty! 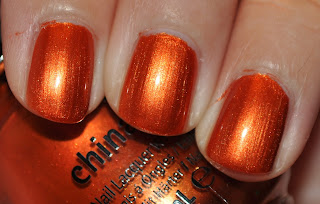 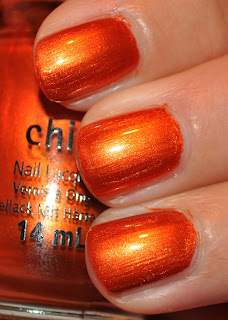 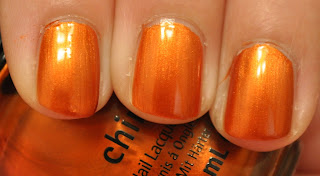 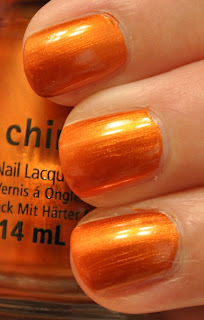 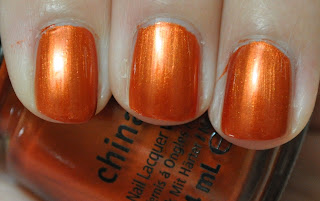 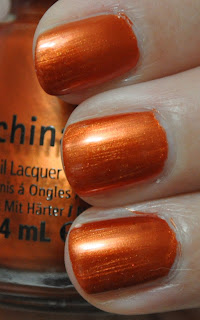 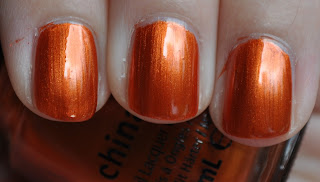 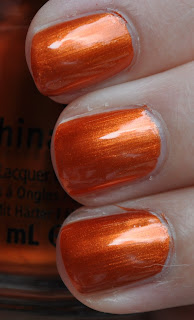 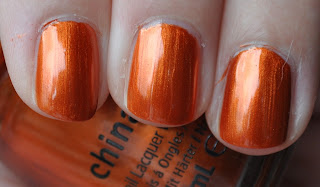 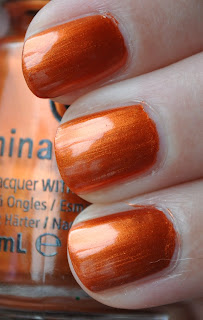 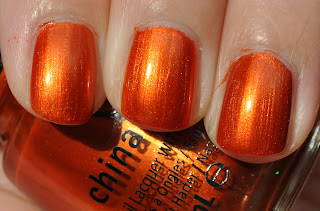 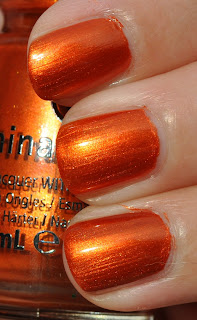 Ugh, I didn't notice until I started cropping these photos that there was a dog hair stuck to my ring finger! Argh!! That darn dog! =) Oh well... whatcha gonna do, right?

Anyway, Cross Iron 360 is a gorgeous, perfect metallic orange for fall and Halloween and I love how it glows!
Posted by Cat Ray at 9:32 PM