Ulta's exclusive Shimmer into Summer collection consisted of four polishes. The collection consisted of two shimmers (I'm An Aqua-holic and How You Blue-in?) and two glitters (Glitter-ally the Best Silver Ever and Sparkle Teal Sunrise). Despite the water theme, the two shimmers seemed a little dark for summer for my tastes (what can I say? I love bright polish when the sun is out!), but the polishes themselves were very pretty and could be worn pretty much any time. 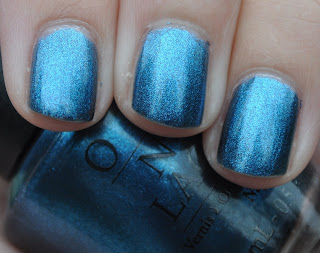 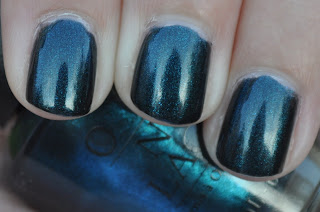 Glitter-ally the Best Silver Ever: 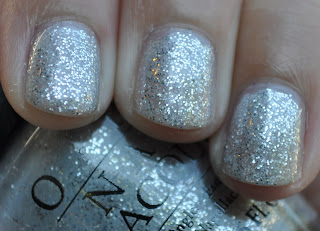 Apparently, though, this set closely replicates a four polish set that was released by Nicole by OPI last summer, based on the tv series Gossip Girl. Here's a picture of those four polishes: 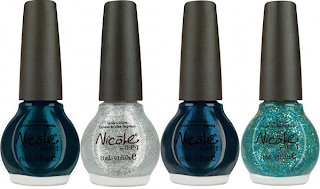 Unfortunately, I didn't manage to snag the fourth polish, Sparkle Teal Sunrise, which was multicolor iridescent glitter (green, blue, pink, orange) in a sheer teal base. But I did find a polish that might suffice: Sally Hansen's Teal-y Cool. I don't understand the name, but it's a very similar polish. 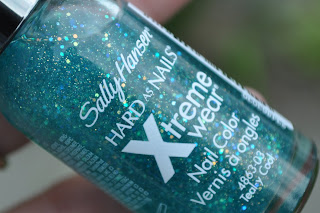 Here's Teal-y Cool layered over How You Blue-in. I used two (or maybe three, I don't remember) coats of Teal-y Cool here. The glitter was a little hard to get on the nail and disappointingly, even though it seemed like the polish was really packed with glitter, it was hard to get it out of the bottle and onto the nail. Which sucks, because I love it in the bottle, but I wish it had translated better on the nail. It's not terrible, but I wish it had been easier. 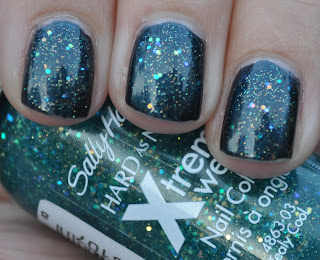 And that's the Shimmer into Summer collection... plus a little extra!

You can check out a review of the Nicole by OPI Gossip Girl collection over at Vampy Varnish.

The PolishAholic has a nice review of the Shimmer into Summer collection.
Posted by Cat Ray at 8:05 PM