I wrote a post awhile ago about Julep's new Maven program-- this is the first polish of theirs I am getting around to reviewing. Since its inception, the program has had a few bumps in the road, which has caused several bloggers (and other nail fanatics) to cancel their subscriptions. I won't go into detail, but needless to say I have not decided to cancel my subscription as yet. My interactions so far with Julep have been satisfactory, although at this time I still haven't received a tracking notice for my October Maven box, which supposedly shipped Tuesday. And I live in the same city where this company is based! A little weird. I am going to send them an email tonight and see how it's handled.

Cameron is one of the polishes I received in my first Julep Maven box. Cameron is described as an "energetic, summer pink" that is "the perfect pink for every occasion." Pink isn't a color I immediately gravitate towards, but this is a nice bright pink that I really like. Cameron went on very smoothly in two coats. I also used Julep's base coat, which seemed decent. I've only used it once, though, so it's hard to formulate an opinion on the one usage. 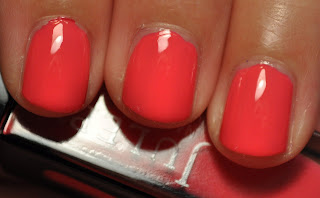 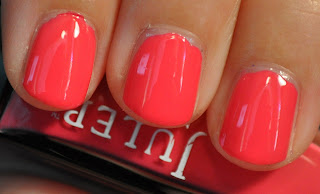 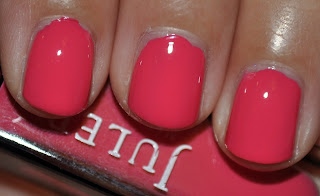 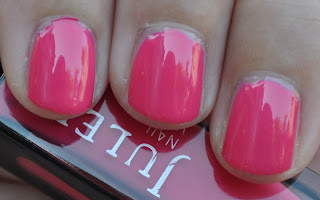 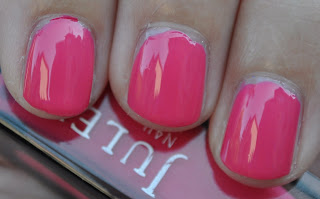 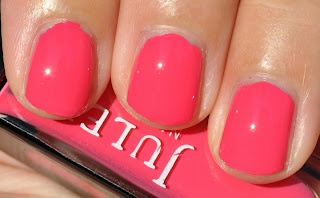 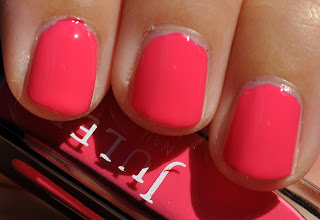 Overall, I liked this polish and it was very easy to work with, so right now I can say that I'm fairly impressed and like Julep's polishes. I do have more to swatch, so we'll see how my opinion holds up!

Edited to add: So, even though I didn't receive a tracking notice, my October Maven was delivered late last night to my mailbox-- I picked it up this morning! Hooray!
Posted by Cat Ray at 9:12 PM