This is kind of a random week for polishes-- next up is OPI's Play the Peonies. This was released this summer as part of OPI's Nice Stems collection. I recently saw this on sale at my local Bartell Drugs and decided to snag it. I had seen it on a lot of blogs and although my initial reaction to this polish was indifference, seeing a lot of pictures softened me up and since it was on sale I could justify buying it. Play the Peonies is a white-based light pink that has a pronounced fine shimmer/pearl finish.

Here I've used two coats of Play the Peonies. It was a little streaky and patchy-- I managed to even it out pretty nicely in those two coats, but this probably could have used three. There's a little of visible nail line, but I think that's more the camera picking it up than actually being able to see it in real life. More interestingly, I used Cult Nails brand new treatments, Get It On base coat and Wicked Fast top coat. This was the first time I used them and I am highly impressed. I am going to need to use them several more times, but so far I really like them. I usually use Essie as my "go-to" treatments, but I have a feeling Cult Nails new treatments may replace them.

On to the pictures! 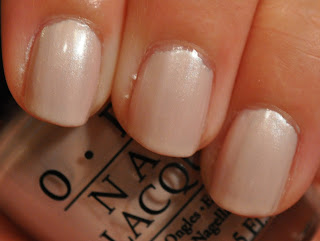 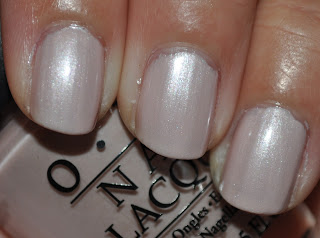 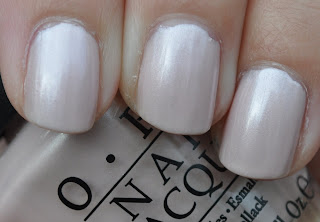 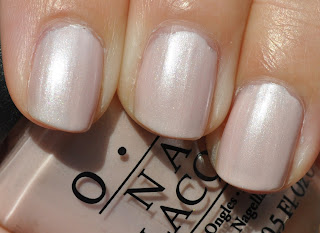 In the end, my feelings are still kind of lukewarm about Play the Peonies. It's a nice neutral, sure. It isn't as old feeling as I initially thought it would be. But, it's just kind of an ok polish, at least to me.
Posted by Cat Ray at 9:13 PM