OPI released several new shatters in addition to their black and silver shatters: red, white, turquoise, blue, and navy. These things sell out like hot cakes (at least when first released) but I managed to snag all five recently. I've played with both the black and silver shatters, but while I had RBL's Bikini Bottom I decided to grab one of the new shatters and see what it looked like. I decided on Turquoise Shatter because I thought the blues/green would play nicely off each other.

I'll be honest and say that I didn't love this straight off. I don't know if it's the coolness of Bikini Bottom or the shimmer of the Turquoise Shatter, but I almost took the whole thing off as soon as I put it on. I decided not to, though, and lo and behold, all my coworkers thought it was awesome. The longer I wore, the more I liked it, but I think I would like to try Turquoise Shatter over some other color-- maybe something darker.

The polish was also a bit on a thick side, which is typical of shatters, but this seemed extra think. You can see it kind of got gloppy on my middle finger and looks kind of lumpy. 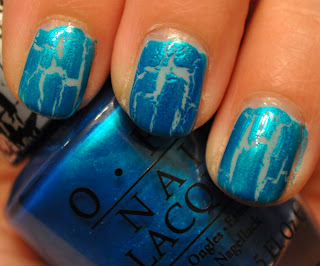 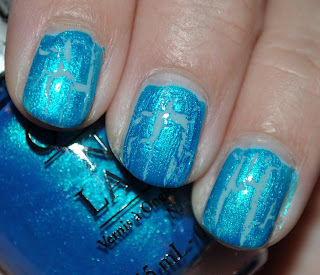 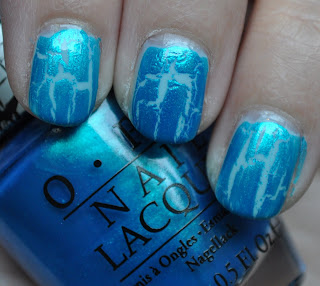 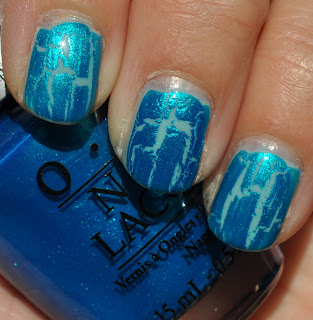