While I was wearing Zoya Reva, I decided to pull out another of the new shatters by OPI-- Navy Shatter. I love navy blue and thought that it might look nice with the pink of Reva. The shatter applied nicely, if maybe a little thin compared to some of the other shatters. I wish it had crackled a bit differently, but that's probably due to the application-- a thicker application might have resulted in better shattering.

That said, I really hated this on my nails. For one, there had been some wear on the tips of my nails and the navy shatter created a blue line on the edges of my nails as it dried and shatter. Ugly! In addition, I hated the navy blue and pink/gold together. Perhaps if I had let the shatter dry and not put on a top coat, I would have liked it more. I don't know; for some reason I just didn't like this at all. I took pictures and then took the whole thing off, something I rarely do! I will have to see what this shatter looks like with other base colors. Maybe something without so much sparkle? Now that I look at it more, it's not so terrible, but I was extremely unsatisfied with it. I'm also not really satisfied with these pictures either, so I apologize for that. 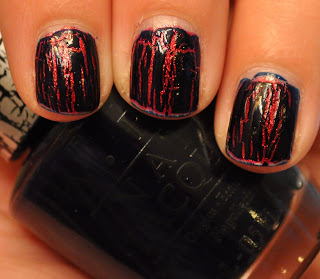 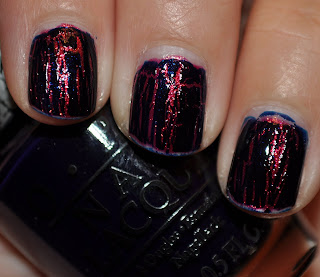 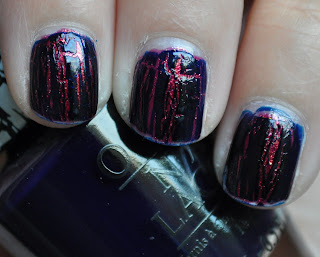