Tonight I have Cult Nails Coveted, which is the fourth polish from the Behind Closed Doors Collection Coveted is described as a "jelly, deep green with metallic green flakes and subtle green shimmer." This was probably one of the polishes I was most intrigued by when the collection was preview, but I'll share some more thoughts on that later.

Coveted is described as a jelly, which I usually associate with slightly sheer coverage, but this covered really well and was almost opaque in one coat. I have used two coats here. The color is gorgeous and it's so shimmery! The flakies are more sparse and need to placed on the nail to get them placed evenly across the nail. 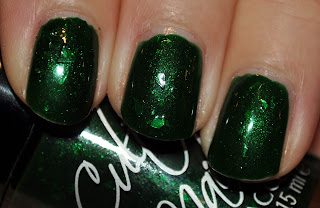 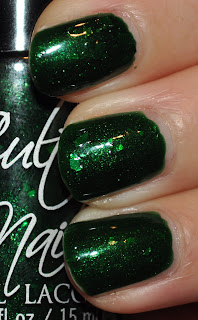 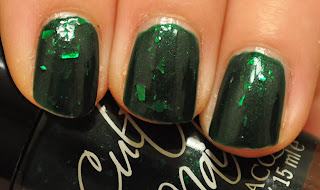 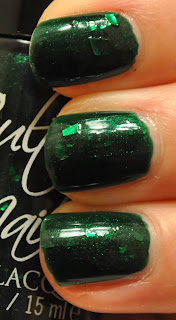 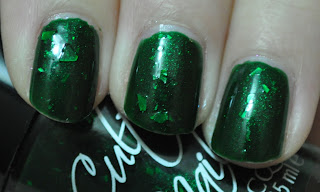 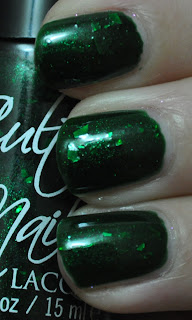 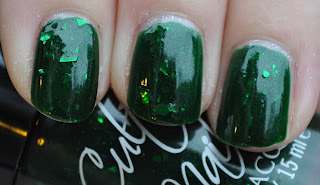 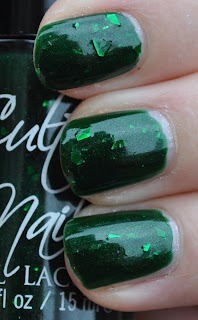 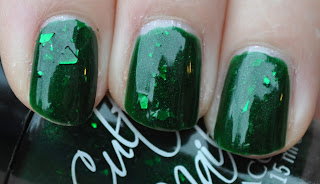 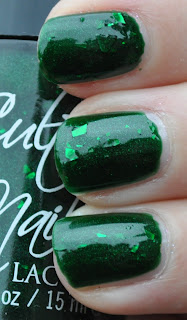 I really wanted to like this polish. And I don't necessarily dislike it, per say, I just wish it was a little different. Mainly, I take issue with the flakies. I found that they had a tendency to drag toward the edge of my nail and they didn't always want to lie flat. I love the shimmer, but I wish there were either no flakies at all, or more.
Posted by Cat Ray at 10:43 PM