Today I have I an older polish to share with you-- Enchanted Polish Future Reflections was originally released waaaay back in 2013, but I was pretty new to the indie polish scene back then and did not get my hands on this until late 2015/early 2016 when it was re-released (and now seems to be permanently stocked?). At least, these polishes certainly don't sell out as fast as they used to, due to the influx of other indie nail polish brands on the market!

Future Reflections is uselessly described as an ultra holo duochrome on the Enchanted Polish site, and I was say that it's blue to purple duochrome with a linear holographic finish. There's maybe a faint touch of green in there too. Because I wore this back in February and it is now *coughcough* September, my notes are sparse (truthfully, nonexistant) so I don't remember much about the formula except that it didn't give me any particular troubles. EP's tend have pretty good formulas, so I'm sure it was on par with her usual standards. I used either two or three coats, but I can't remember. Maybe two because my nails are shorter here, haha! 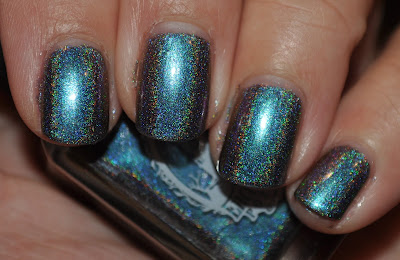 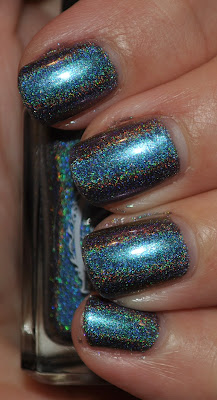 Here's more of a look at the shift: 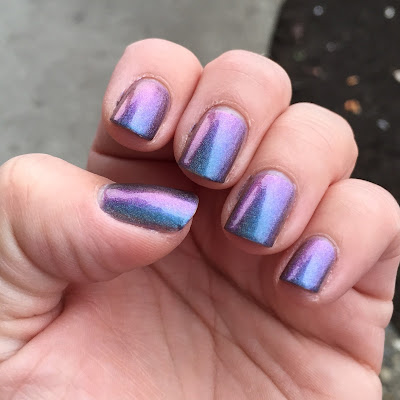 And you can maybe see some green here: 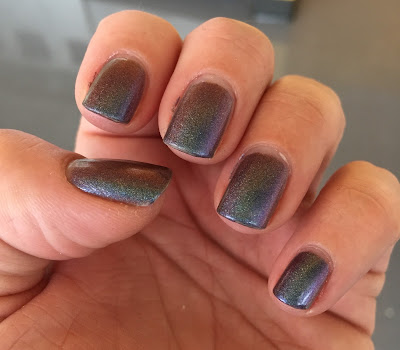 Overall I thought this polish was really fantastic. Holographic duochromes are some of my favorites for wearing in the fall/winter months because the shift comes out in the grey weather and the holo stands out if we get some sun! Either way, you win! This was lovely and easy to work with and I'm definitely going to be pull these types of polishes out more this year!
Posted by Cat Ray at 6:00 AM