Today I have a pretty amazing polish to share with you, and introduce a new-to-me brand! (Technically there has been a Different Dimension polish on the blog before, but only as an accent nail-- this is my first real, proper post featuring the brand!) Today I have Different Dimension Lyra. This polish is part of Different Dimension's Shooting Stars series, which is a series of limited edition polishes that are released on Friday evenings and listed until they sell out. And as the title of the series suggests, they are named after stars! Lyra is beautiful silver holographic with multi-chrome flakies and silver flakies! You'd think that could be overwhelming, all the different elements harmonize beautifully to create an epic polish!

I was not disappointed with Lyra at all. The formula was great and I had no issues at all while I applied it. Of course, I have no notes, but I'm pretty sure I only needed two coats. Because of all that's going on, I do have a lot of photos-- it was hard to choose! 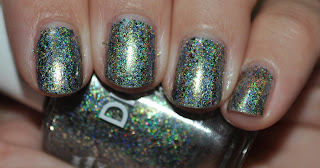 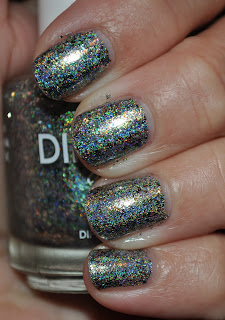 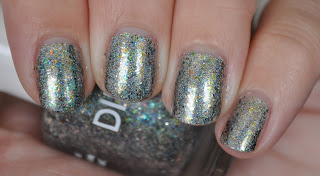 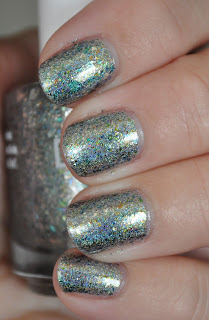 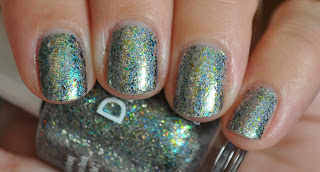 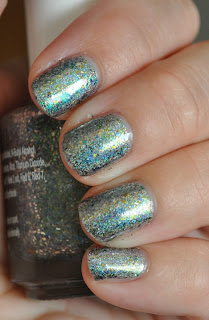 This is my first Different Dimension polish and I think it's official: I'm in love! Lyra is totally stunning. This polish has so much going on and it's irresistible! I couldn't stop staring at it-- every lighting situation brings out another aspect of this polish and it's never boring. I didn't want to take this off. Unfotunately, Lyra is long sold out now, but Different Dimension has a lot of other stunning polishes for sale.