Tonight I have another polish from the New Wave Winter collection, based on a song from one of my favorite bands-- Duran Duran! Duran Duran is quintessential New Wave (to me, anyway) and I love them! Girls On Film was originally released in 1981, and then re-released in 1983, which is it when it became popular in the US. Nostalgic Lacquer describes it as a "bubble gum pink base with hot pink and purple glitters in various sizes and shapes."

Girls On Film built up really nicely after the first coat, which was a little sheer in the first coat (though not terribly). I wore three coats of this polish on its own, without a top coat. I found that if I alternated between normal application and dabbing some of the glitters around, it was easy enough to apply. 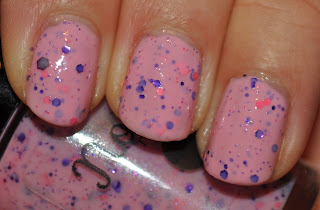 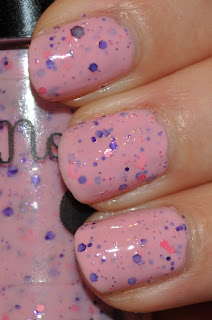 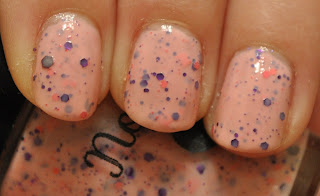 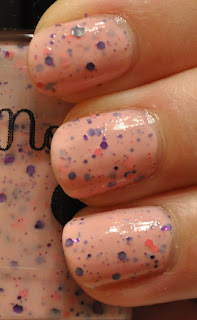 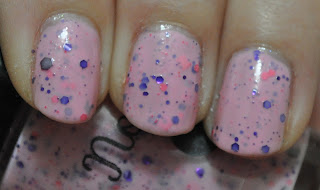 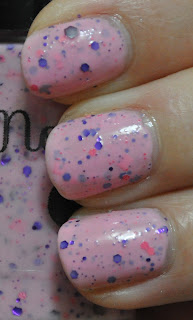 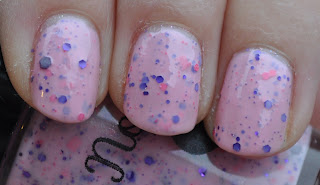 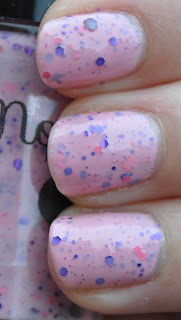 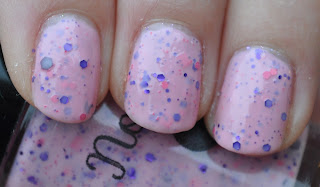 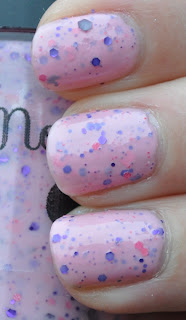 I was actually surprised at how much I loved this polish. Usually, I'm not a big fan of milky pinks, but it's the hot pink glitters that make me love this. It's girly but has a nice pop to it. Look for this to potentially make a showing as part of my Valentine's Day manicure, though I'm particularly uncreative right now.
Posted by Cat Ray at 6:03 PM