Lynnderella Matters of the Heart

Tonight I have a polish I swatched ages ago-- one of Lynnderella polishes I got last May. I swatched this and decided it was too Valentine-y at the time (I think I swatched it in July) and held off posting swatches until now-- and it's almost the end of the month! Matters of the Heart is a mix glitters-- red, pink, purple, white-- in various shapes and size (large and small hexes, squares and hearts) in a milky pink base.

Now, I don't actually have any notes for this polish-- sorry! I think I used one coat here, dabbed over Misa Double Dutch (which makes the base color a little more pink than the actual base color of the polish). The formula was a little on the thick side and I honestly don't know if you'd want to try wearing this by itself, as the base is fairly sheer and you'd probably need several coats to make it opaque. 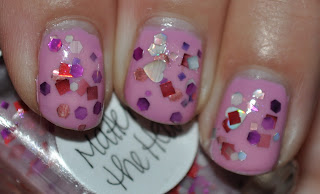 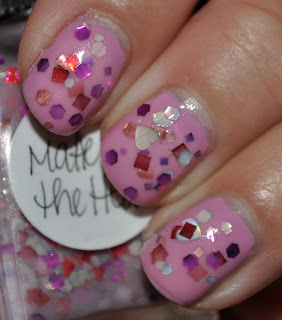 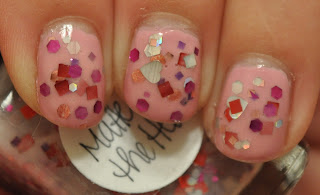 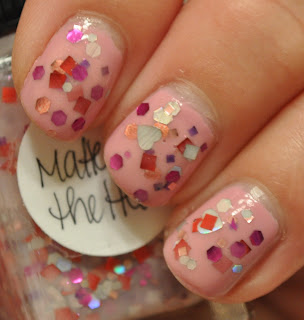 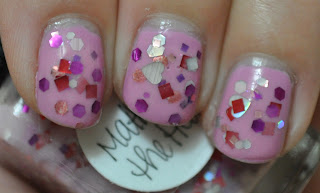 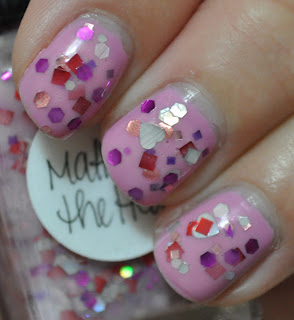 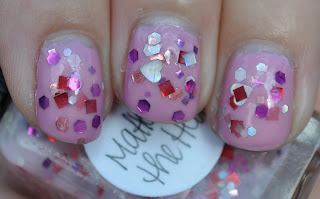 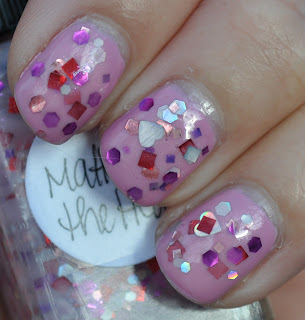 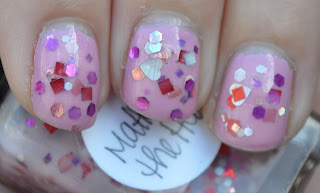 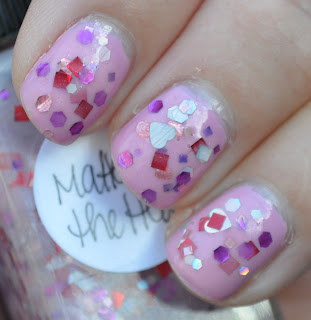 I wasn't thrilled with this polish.  I don't know what it is, but I wasn't a huge fan, despite the fact that it is a pretty polish. Part of it's the color of the base-- I would like to try this over a lighter pink or a white (or maybe a light blue) and maybe I would like it more. I also found it a little difficult to work with, and given the amount of time I spent waiting for this and the money I spent, it was a bit disappointing. Also, not all of the glitter would lie completely flat on the nail (though I don't think it was due to curling) and so I needed a couple coats of a thick top coat to make sure there weren't any pokey bits.
Posted by Cat Ray at 9:14 PM