The milky white base of Karma Chameleon is definitely on the sheer side, but you can build it up. Here I used three coats (and maybe dabbed on another half layer) to get opaque coverage. In the future I would probably layer this over a white base. Like the other polishes from this collection, it takes some getting used to when first applying it, but once you get the hang of it it's easy enough. It dries quickly and to a relatively smooth finish despite the glitter. 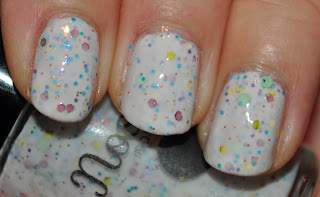 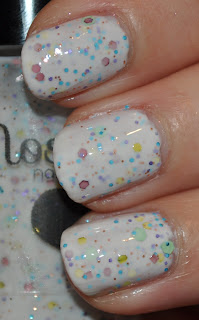 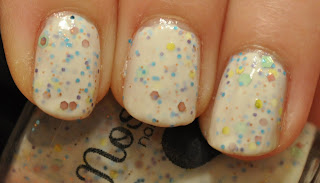 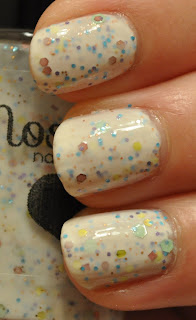 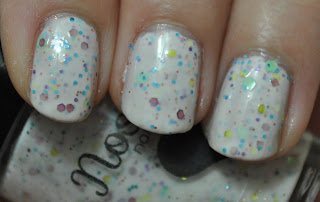 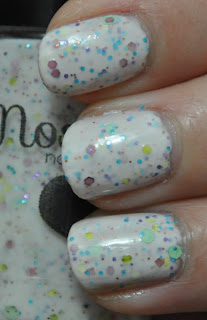 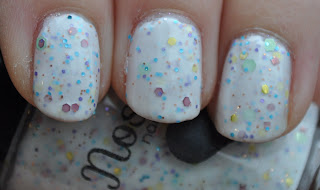 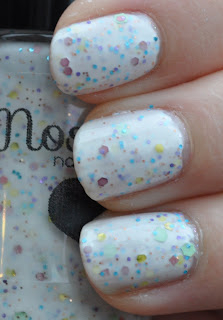 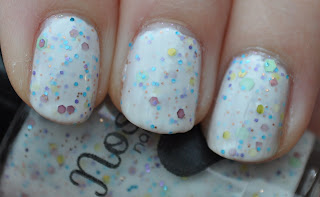 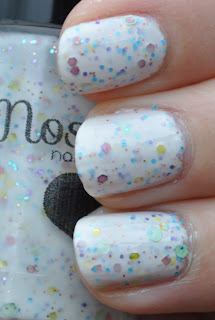 The pastel glitters in this are so spring-like and beautiful. This has a very whimsical feeling to it. It also reminds me of candy, or Easter. Easter candy? In any case, this is a very pretty polish and I plan on reaching for this as the days start to get longer.
Posted by Cat Ray at 9:08 PM