And now, even though it's not actually August anymore, I finally have the round up for my August American Beauty Maven Box. August was the one year anniversary of the Maven program! The theme of this month's box was Metallics and Chromes. 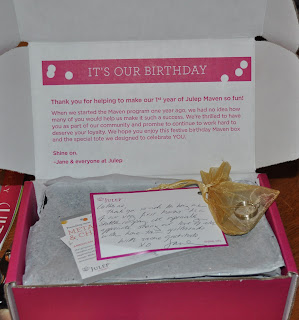 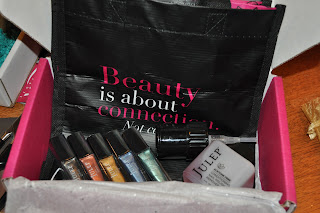 In my box I got a really sweet hand-written note from Jane Park, the founder of Julep, as well as a key chain (I won't lie here, it was kind of cheap) and a cool re-useable bag. 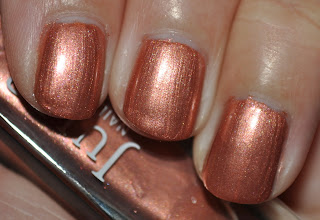 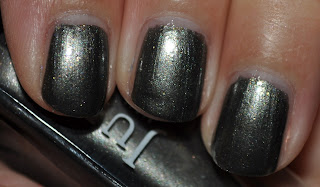 This month we were also allowed to choose up to three add-ons, so I added three polishes! 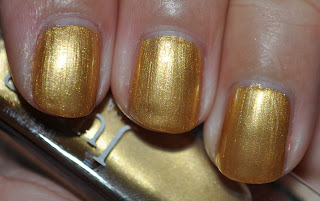 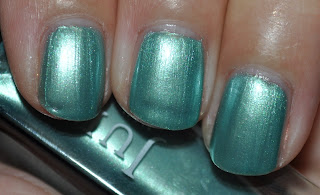 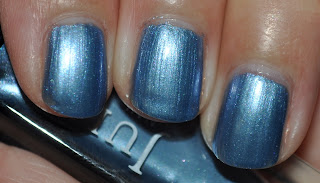 In general, I found these polishes more difficult to work with, but I got better at applying them as I went through and swatched them. The formulas are generally decently pigmented, but a little on the thin side, so they go on a little sheer in the first coat and it's easy to overload your brush with polish. Overall, Stefani was probably the most interesting of all the polishes, while Melanie was my favorite polish in terms of color and formula.

Julep also included a bottle of their own non-acetone nail polish remover-- I haven't had the time to do an in-depth review. So far I think it seems to be excellent at removing polish and while it is scented, it's not a chemical scent like most other removers. It's in a pump bottle, which I love. The nail polish labelled as "conditioning" and I have noticed that it isn't as drying as most polish removers are.

So, even though I'm not necessarily totally in love with all the polishes, this was still a decent box.
Posted by Cat Ray at 3:09 PM