This week's game is on Thursday, which is always kind of weird-- but it means national exposure and an extended weekend for me, so there ya go! This week we take on Stanford, the Cardinal, currently #8 in the country. The theme of this weeks game is "Blackout of the Century". It's been the thing the last couple of years to add a black uniform (or some alternative color-- grey is big right now) into the rotation for a lot of schools and UW is no different in that regard. We first introduced the black uniforms back in 2010 for our first Thursday game. Since this is another Thursday game, UW is encouraging fans to wear black.

In keeping with the blackout theme, I decided to go for a slightly darker look on my nails. I got a great glitter from Nostalgic Lacquer's Saturday Detention Collection - The Criminal. It's a mix of purple, blue, white and black glitter and I thought it would be perfect for this game! But I also wanted to include some gold, because that is one of our school colors. So I grabbed my bottle of Julep Oscar.

First I put on one layer of American Apparel Imperial Purple, which is a extremely dark purple (it almost looks black in some lights). Then I dabbed on a coat of Julep Oscar to give myself some gold. Then I layered two coats of The Criminal on top of that. 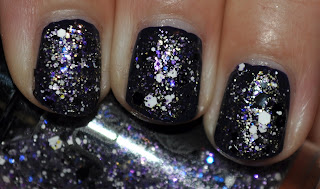 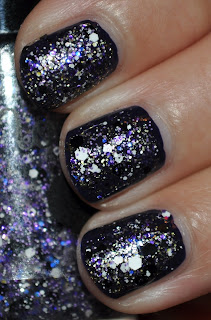 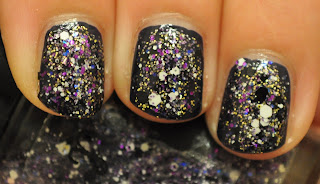 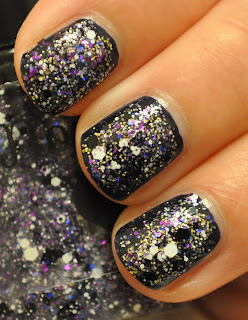 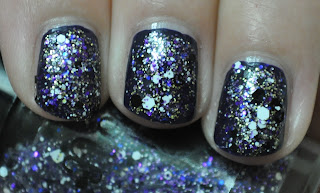 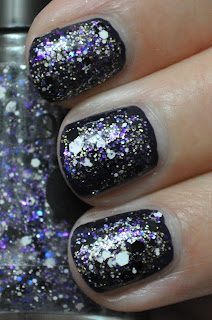 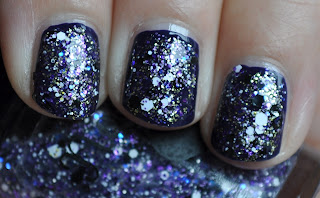 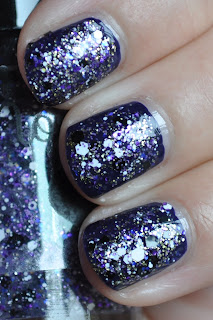 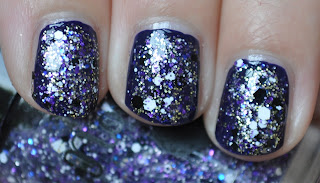 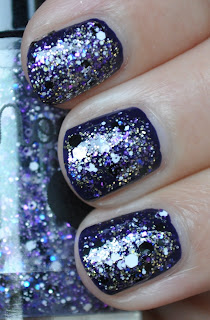 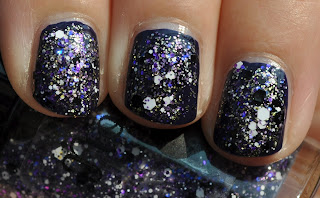 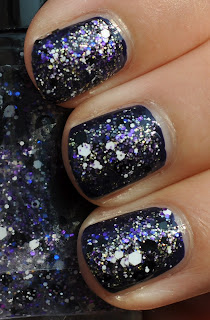 Ok, so this is kind of a mess. But I also kind of love it. I think it looks like galaxy nails. It sparkles like crazy under the lights, which is kind of what I'm going for. So I think it'll look awesome with my black jersey up in the stands while I cheer on the Huskies. On the other hand, it's going to be a real bitch to take off on Friday when I want to do some swatching!