I saw this polish randomly at my local Ulta store and decided to snag it because it was a polish I hadn't seen before (at least in person). Mod-ern Girl was released as a part of OPI's Summer 2008 Mod About Brights collection. Mod-ern Girl is a red-leaning coral polish, though if you look at OPI website, they show it as a strainght-up orange polish. It is most definitely not just an orange polish-- it changes in the light so sometimes it looks very orange and sometimes it looks more red/coral.

What I didn't realize is that Mod-ern Girl is a jelly polish and pretty darn sheer. I used four coats to eliminate most of the visible nail line. It's a really fun polish-- very bright and definitely "on" for summer. I just wish it was more opaque. I used Essie's First Base base coat and Good to Go top coat. This post includes a few more pictures than normal, just so you can get a sense for how the polish changes. 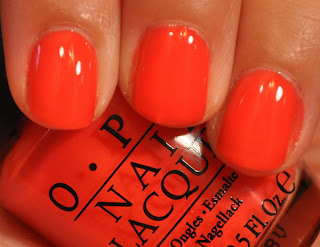 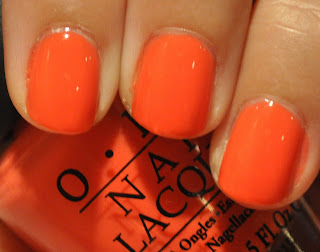 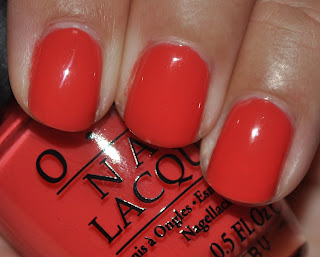 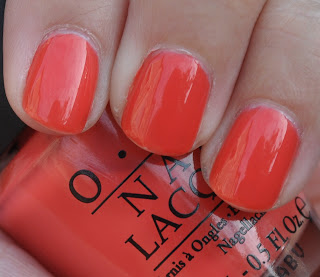 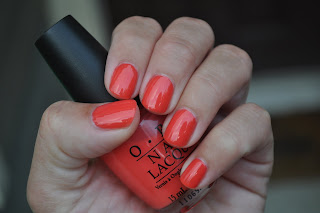 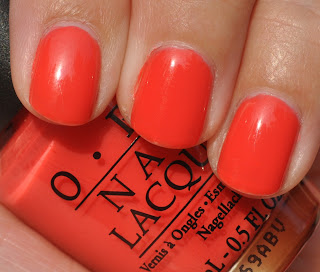