To make up for a lack of posts last week-- you get two today! We're still visiting the second half of China Glaze's  Anchors Away Spring 2011 collection. With the third polish in this half, we leave the sheers behind and move into the cremes! Here we have Below Deck, which is a greyed mauve creme. According to some other bloggers, Below Deck is apparently very similar to an older China Glaze polish, Channelesque, which was hugely popular when it came out and has been discontinued and is hard to find these days. Since I've just gotten into nail polish, I don't own Channelesque, but I think it's nice that China Glaze decided to revamp an old favorite-- especially for polish fanatics who missed it the first time around. If you would like to see a comparison of the two, you can see a nice one over at The Swatchaholic.

Anyway, on to Below Deck! These mushroom, taupey shades are in right now and so Below Deck is definitely on trend. This is pretty much the only shade I own like this (for now). The purple tones make this more springy than just a straight taupe, but I could definitely see this polish being spot on for fall too, as the seasons are changing.

Below Deck was a bit on the thick side, but I managed to get it to apply very nicely in two coats. I used Orly's Bonder base coat and Orly's In a Snap top coat. I do want to apologize for these pictures, though-- I'm not really happy with the way they turned out. I think at some point I will go back and reswatch this-- probably in the fall! 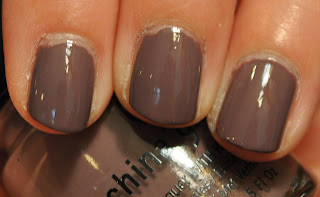 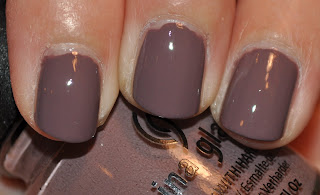 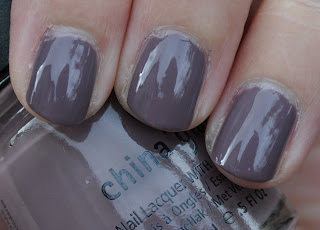 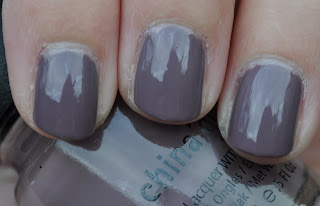 I wish I had a sunlight picture to show you, but of course the day I was swatching these polishes there was no sun. Argh. Right now, in the middle of summer, I'm kind of focused on bright, sunny colors, but I will definitely pull this out again with fall right around the corner.
Posted by Cat Ray at 8:48 PM