OPI - I Vant to Be A-Lone Star

Despite OPI being probably one of the strongest nail polish brands on the market, their spring 2011 Texas Collection was widely panned by bloggers-- mostly because people felt that the collection had just been thrown together and didn't really represent Texas. Now, I'm not a Texan (have been there once-- twice if you count passing through an airport) but I'm inclined to agree. There are some pretty colors in the collection, but they seem kind of thrown together: 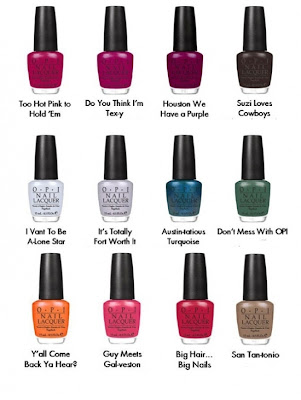 However, after seeing some swatches from the collection, I decided there was a least one color I wanted (after receiving Houston We Have a Purple from my mom, swatched here) and that was I Vant to Be A-Lone Star which is a silvery grey-blue.

I have seen this polish described as "icy" and I think that's accurate. There is a shimmer in the polish, but it also has a kind of frosty finish. I think I did a really crappy job of applying this nail polish and it came out very streaky and I got some bubbles. I think I was overzealous with my brush strokes which is why the final job is kind of crappy. I really like this color and think it could double as a wintery color, due to the iciness of the color. 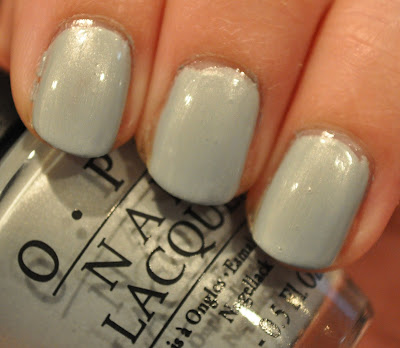 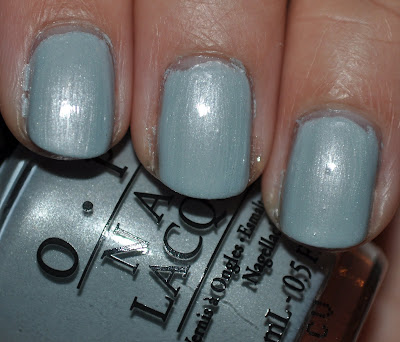 Natural light, mostly shade (because I apparently live in the worst possible place to take photos outside... argh Seattle!): 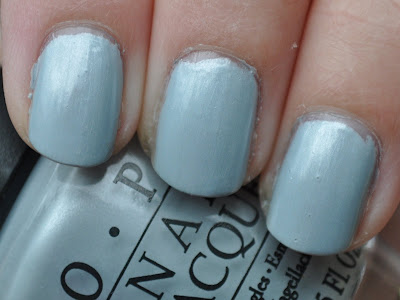 A nice pretty blue color, though I need to work on my technique a little bit with this polish.
Posted by Cat Ray at 4:51 PM