I have a new-to-me brand to share with you today! Mentality Nail Polish has actually been around for while, but I only bought my first polishes from them last summer. I actually wore this in July but of course the pictures have been sitting, completely forgotten. Well, not completely, but I kept forgetting to post about it! This is Mentality Taffy, from the Jelly Holo collection. Taffy is described as a "soft yellow jelly holographic." I would say that Taffy is a green-leaning yellow gold color, but predominantly shows up as yellow. It's a weird quirky color that fits into the "ugly pretty"" category.  I would think of soft yellow as more of a pastel, while the green in this gives this an edge.

I confess, I'm not quite sure what a jelly holo is, other than I that I suppose they are jellies with a holo effect. I will say that Taffy was a bit on the sheer side, but I didn't really get the sense that it was a jelly polish when I applied it. I used three coats to make it opaque and it built up nicely, despite some initial sheerness. The holo effect is not incredibly strong, but it's there and is especially pretty in sunlight. 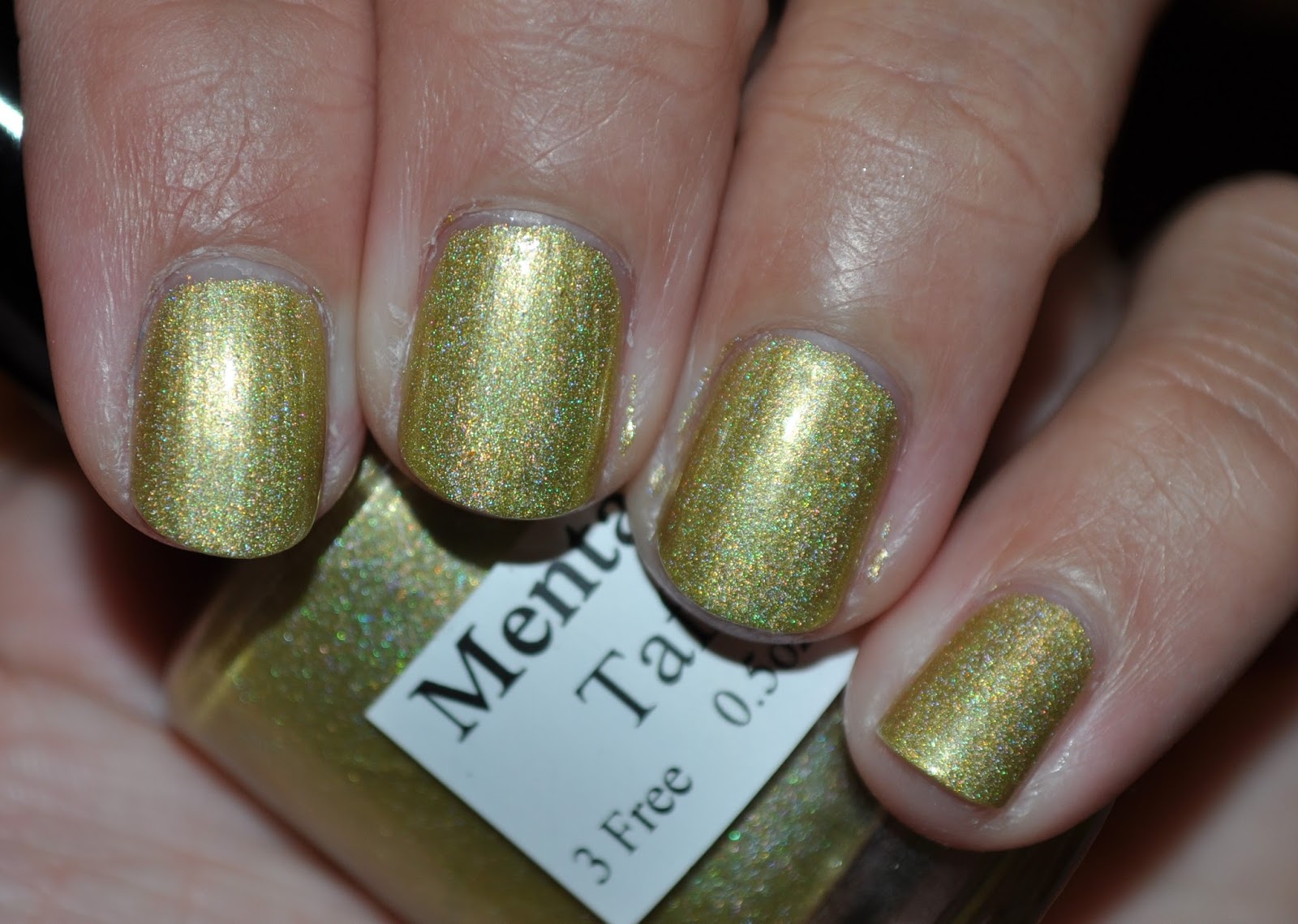 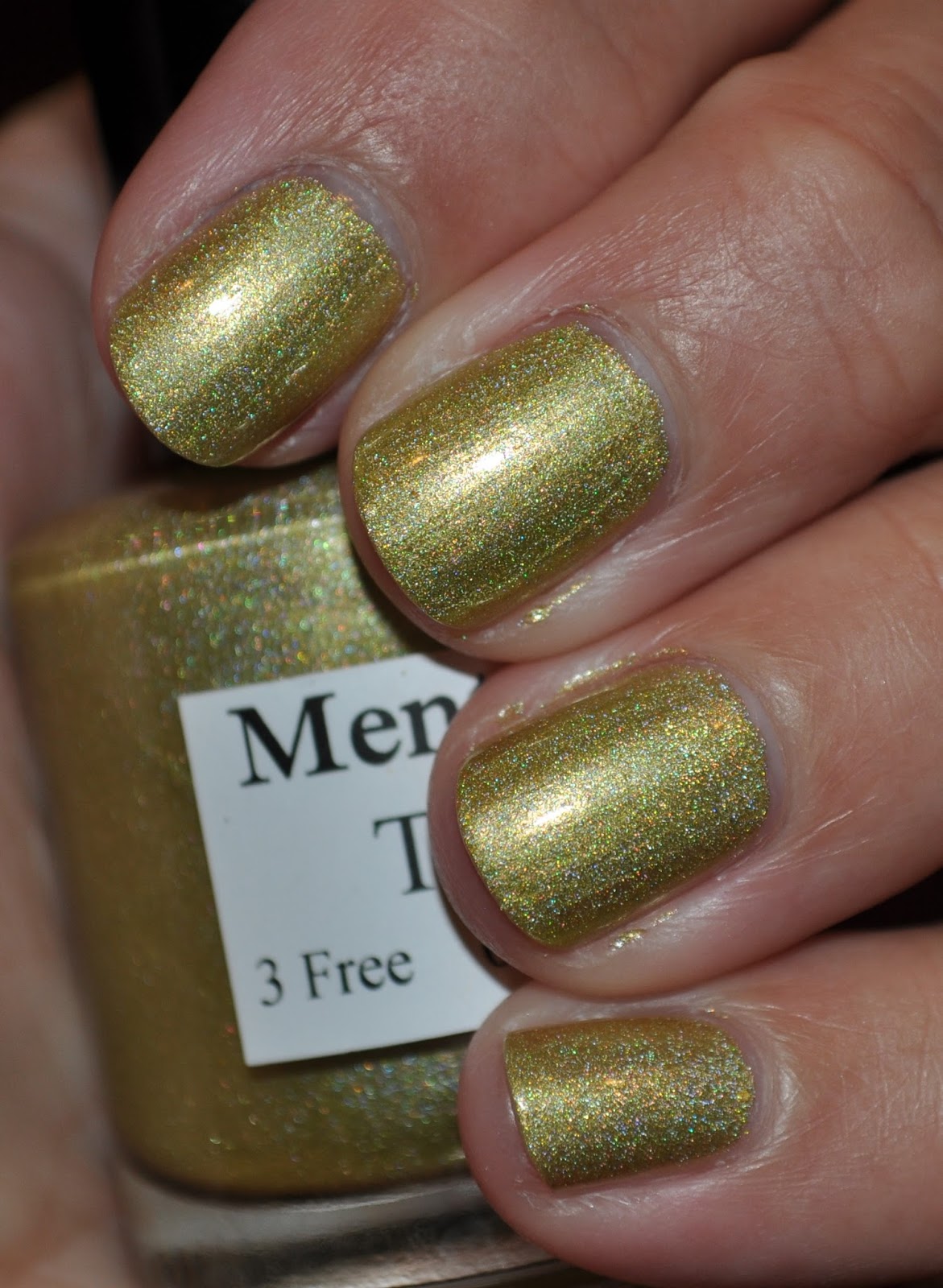 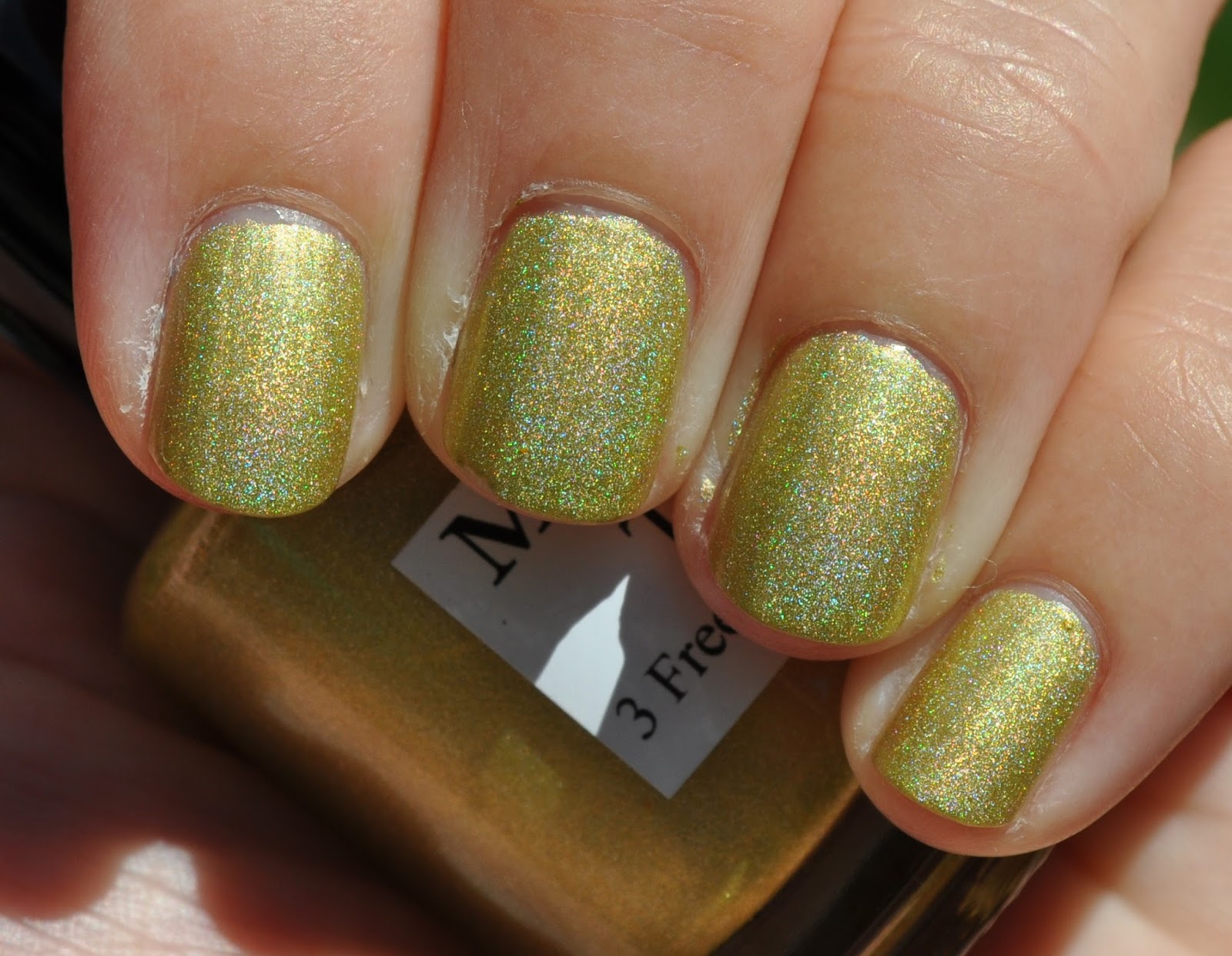 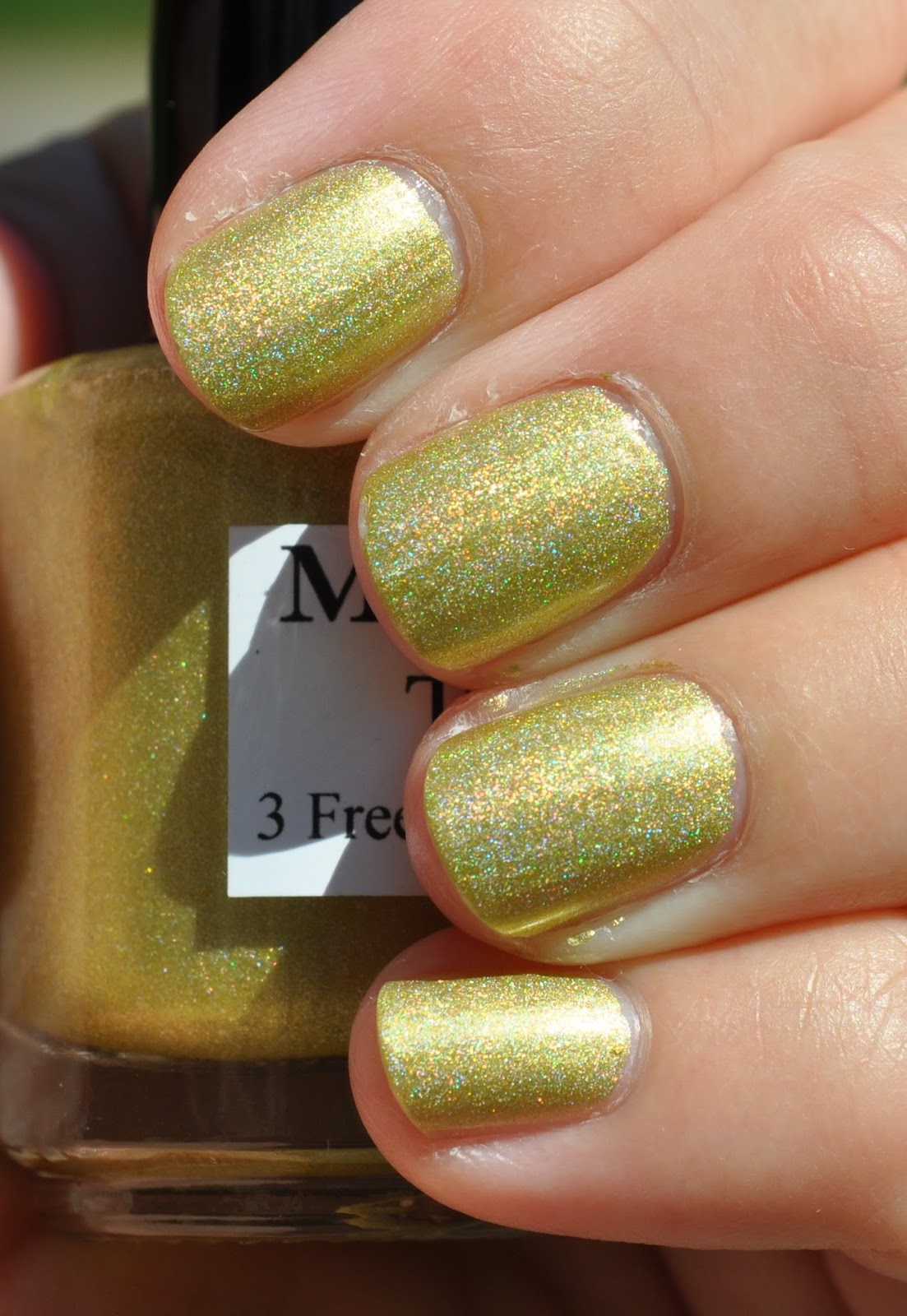 While I initially expected this to be a little more green (don't ask me why, I have seen some swatches of  Taffy that lean pretty green) but I like it the way it is. This is my first Mentality polish so now I need to try my others!