Switching back to another line of polishes with velvet in the name, I have another polish from Zoya's Matte Velvet line to share with you today. This is Loredana, described as a "medium gunmetal grey, packed with silvery shimmer." Spot on there-- there is a ton of shimmer in this polish, so I imagine it would look pretty under a top coat, though of course I prefer it with the matte finish.

Of the Matte Velvet polishes I have worn so far (all but one), I found that Loredana had the worst formula. By that, I don't mean it was terrible by a long shot, just compared to the other polishes in this collection. The formula was on the thinner side and definitely was not as opaque as the others. I needed three coats here to get completely opaque coverage (as compared to two with the others). 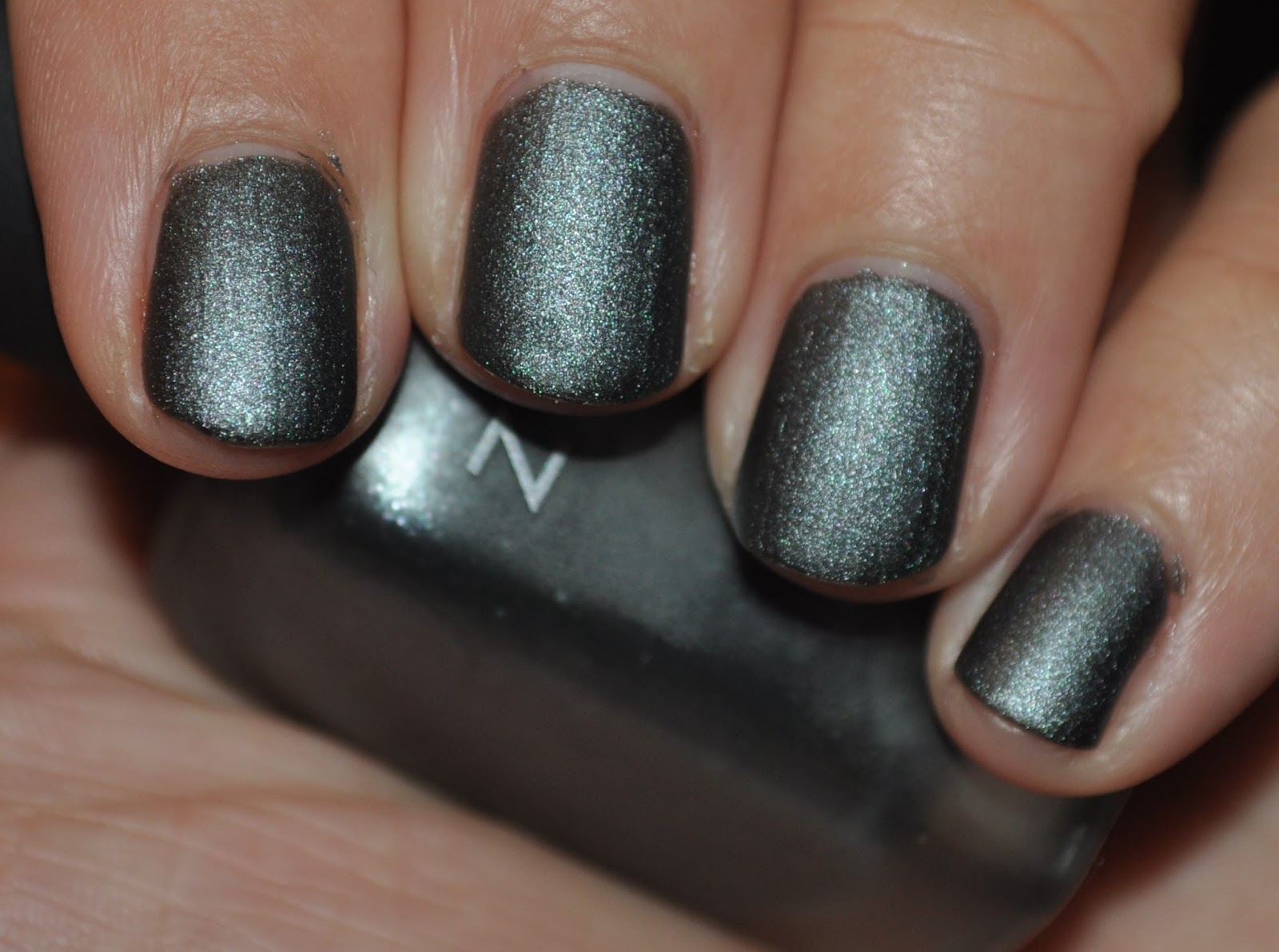 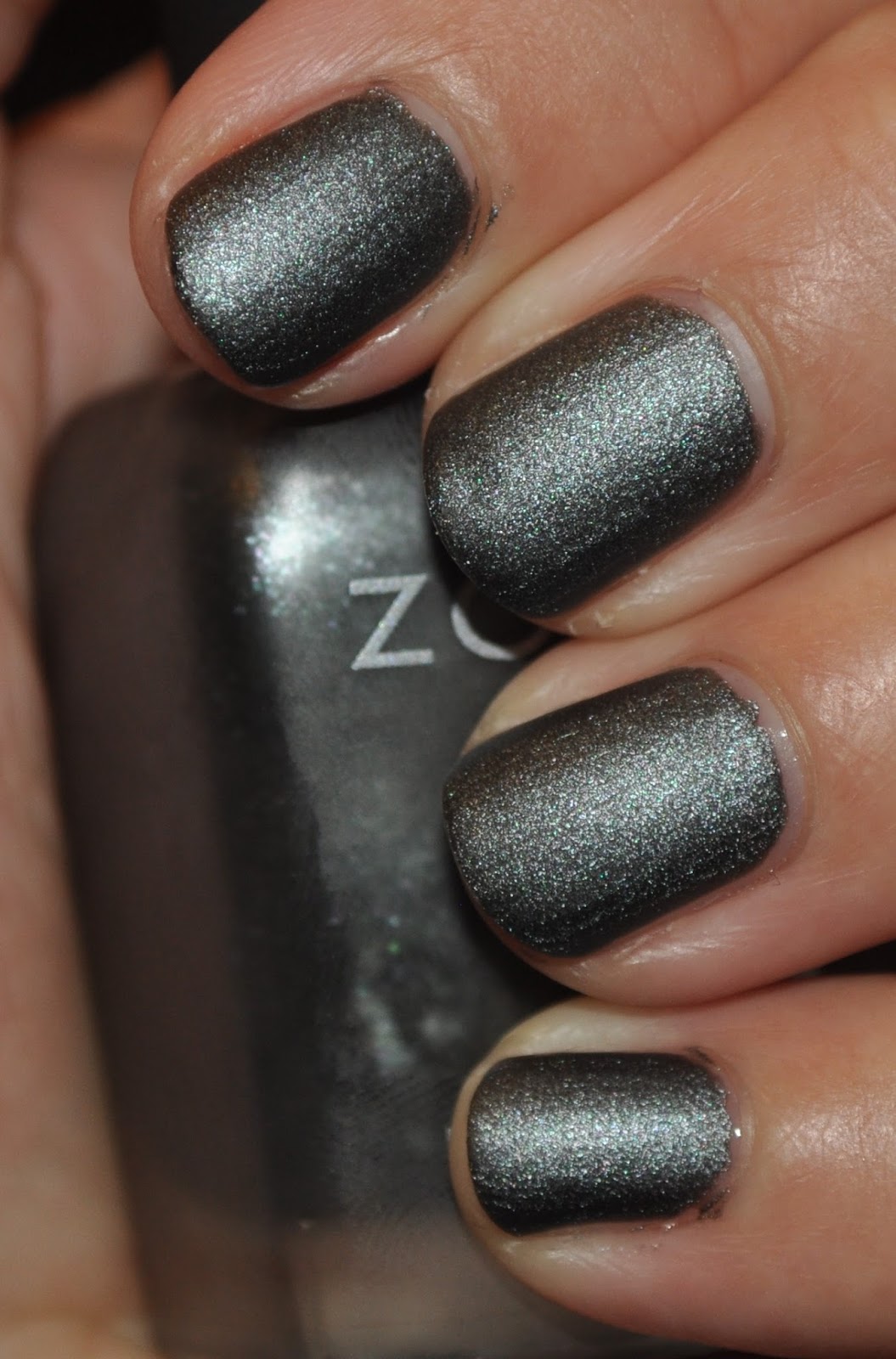 Loredana reminds me of graphite. I think this is so pretty, though I wish the formula was a bit better!
Posted by Cat Ray at 9:10 PM