Literary Lacquers Luggage for Your Journey

Tonight I have a new-to-me nail polish brand: Literary Lacquers! This is my first experience with the brand (which is right up my alley-- nail polish and books!) and I bought a limited edition polish called Luggage For Your Journey, which was actually a charity polish to benefit Alzheimer's research. This polish was inspired by Terry Pratchett, who is a prolific author and who also announced back in 2007 that he was living with early-onset Alzheimer's. Personally, I find the idea of Alzheimer's-- losing yourself, not knowing your family-- to be terrifying. I have also never read any of the of Pratchett's work, which is a shame-- so given the cause, I decided to get this to support a good cause and try out a new brand!

Luggage For Your Journey is coppery brown holographic polish with some strong gold tones as well. I am pretty sure I used three coats and a top coat here. Usually I am not a huge brown polish fan, though I am trying to work on that. I think the holographic finish adds an extra dimension to this polish, even though it would still be pretty without it. 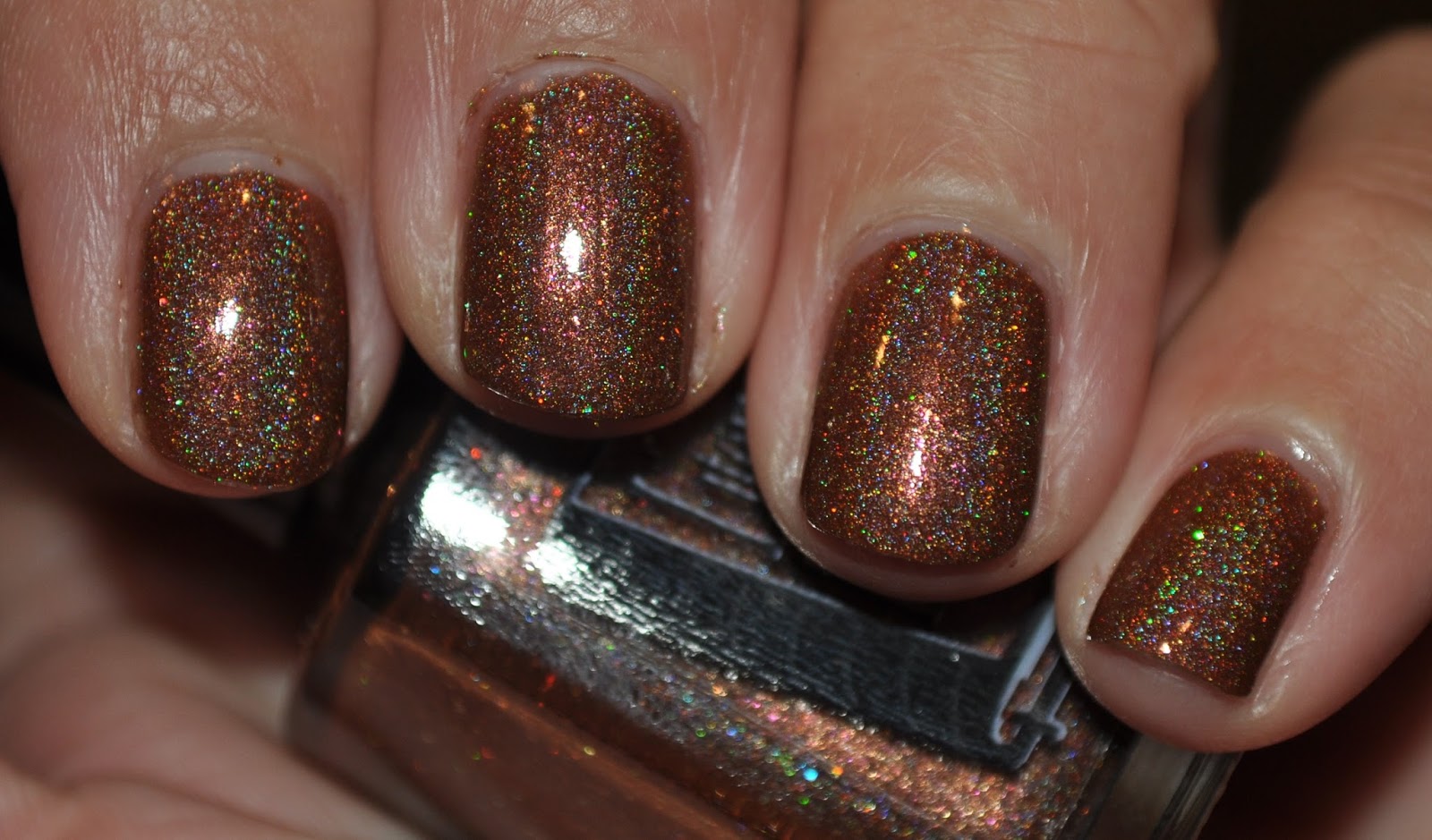 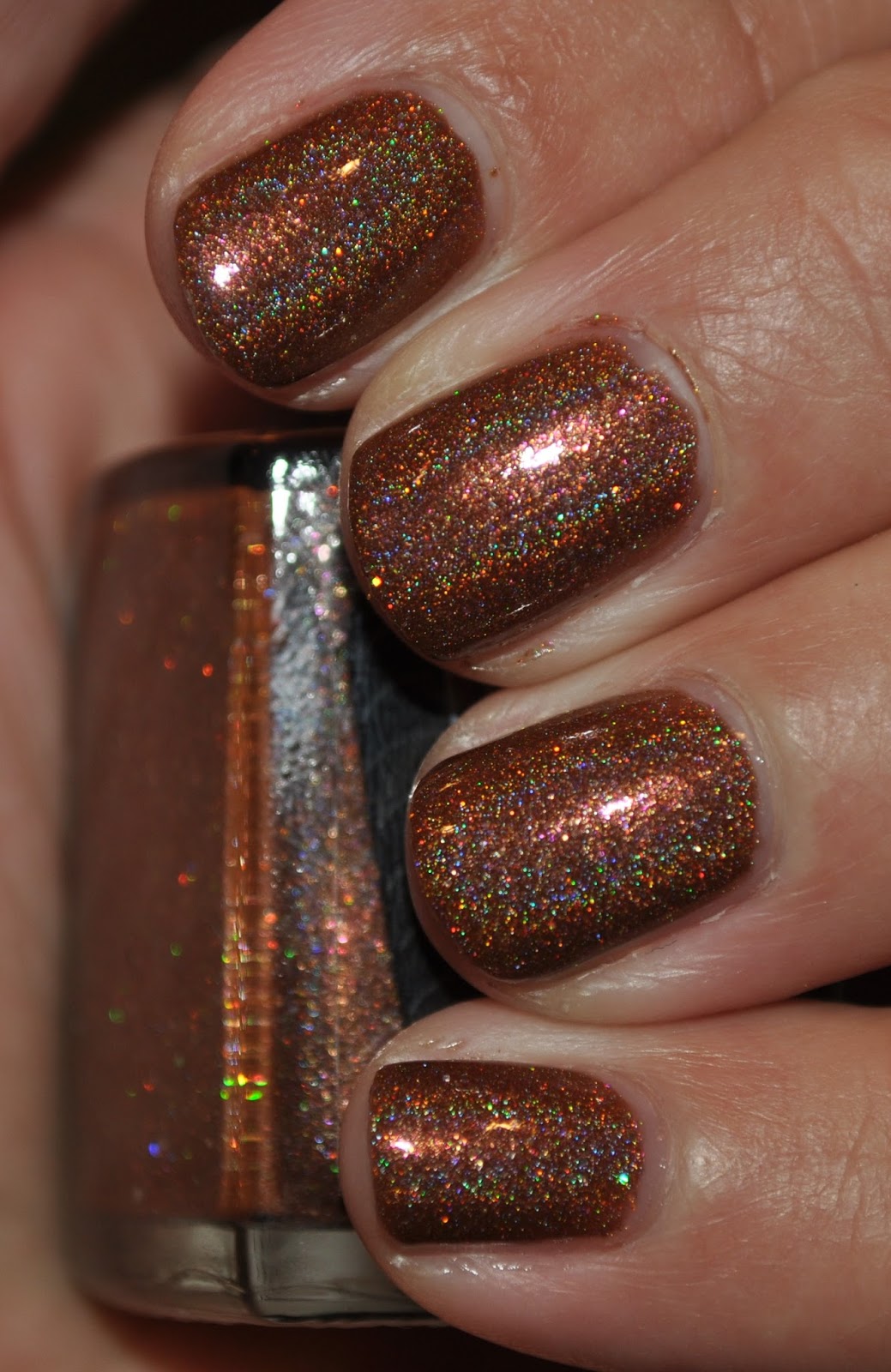 Unfortunately, despite the gorgeous color, I was not impressed with the formula of this polish. I have read raves about Literary Lacquer and so I was incredibly disappointed when my first coat was incredibly sheer and wanted to drag itself all over my nail. Not what I was expecting at all.

Overall, I thought this polish was super pretty but I was incredibly disappointed with the application of this polish. I will try Literary Lacquers again to see if this polish was just a fluke,  but sadly my first experience wasn't as great as I hoped it would be.
Posted by Cat Ray at 9:36 PM