Tonight I have another polish from the Velvet Texture collection. This time it's Lush, which could broadly be described as taupe, but is a little bit of a chameleon. In the bottle this has a definite beige tone, but on the nail there are strong grey tones that appear. In other lights, there is also a purple tone that appears as well. Pretty awesome for what looks like just a standard beige!

Here I used three coats to get full coverage-- I probably could have gotten away with two, but it was a little patchy and I didn't have the look I wanted after two coats, so I used a third one. As with the other ones, this one dried quickly and has the slight textured finish. Of course, I didn't use a top coat here. 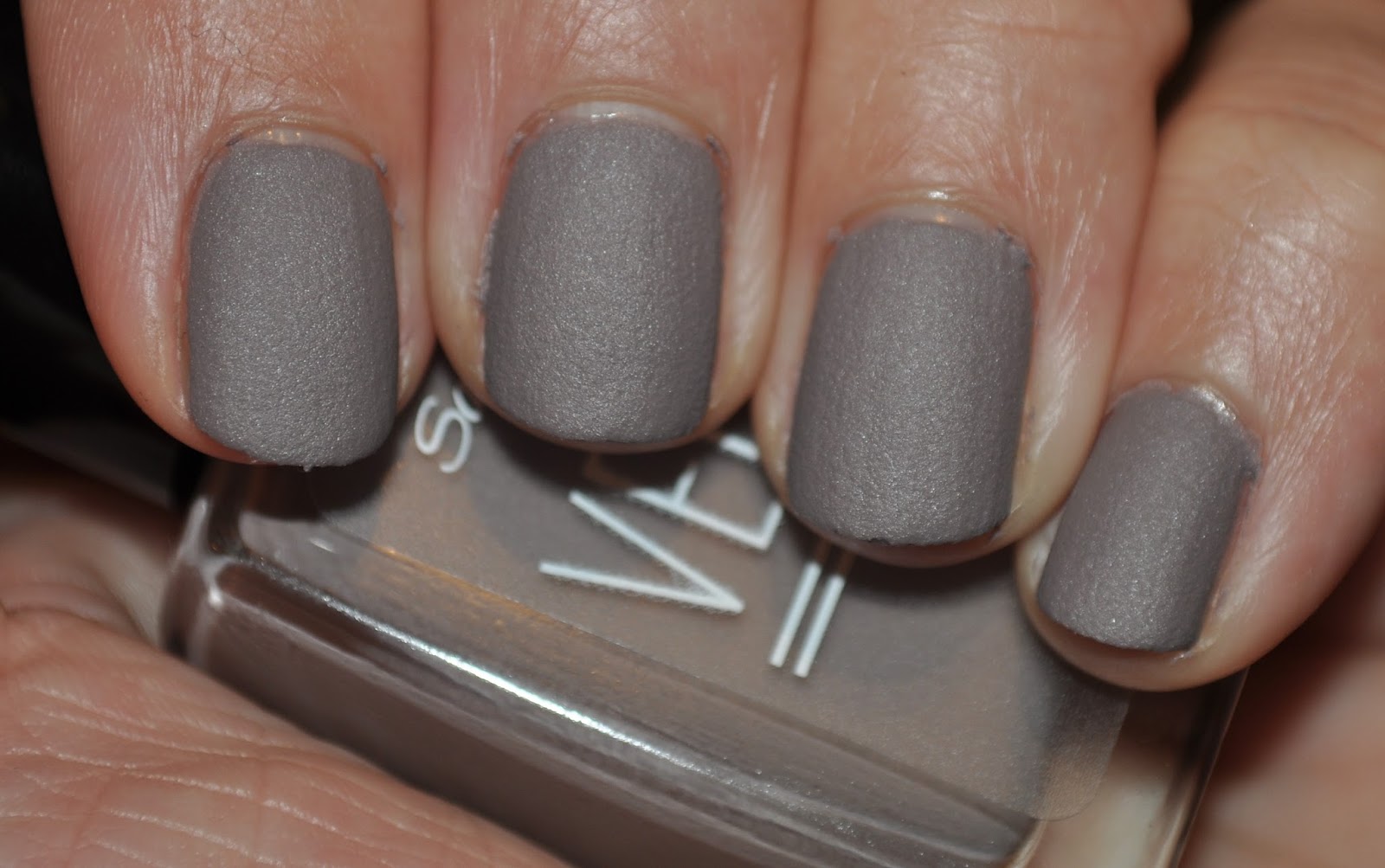 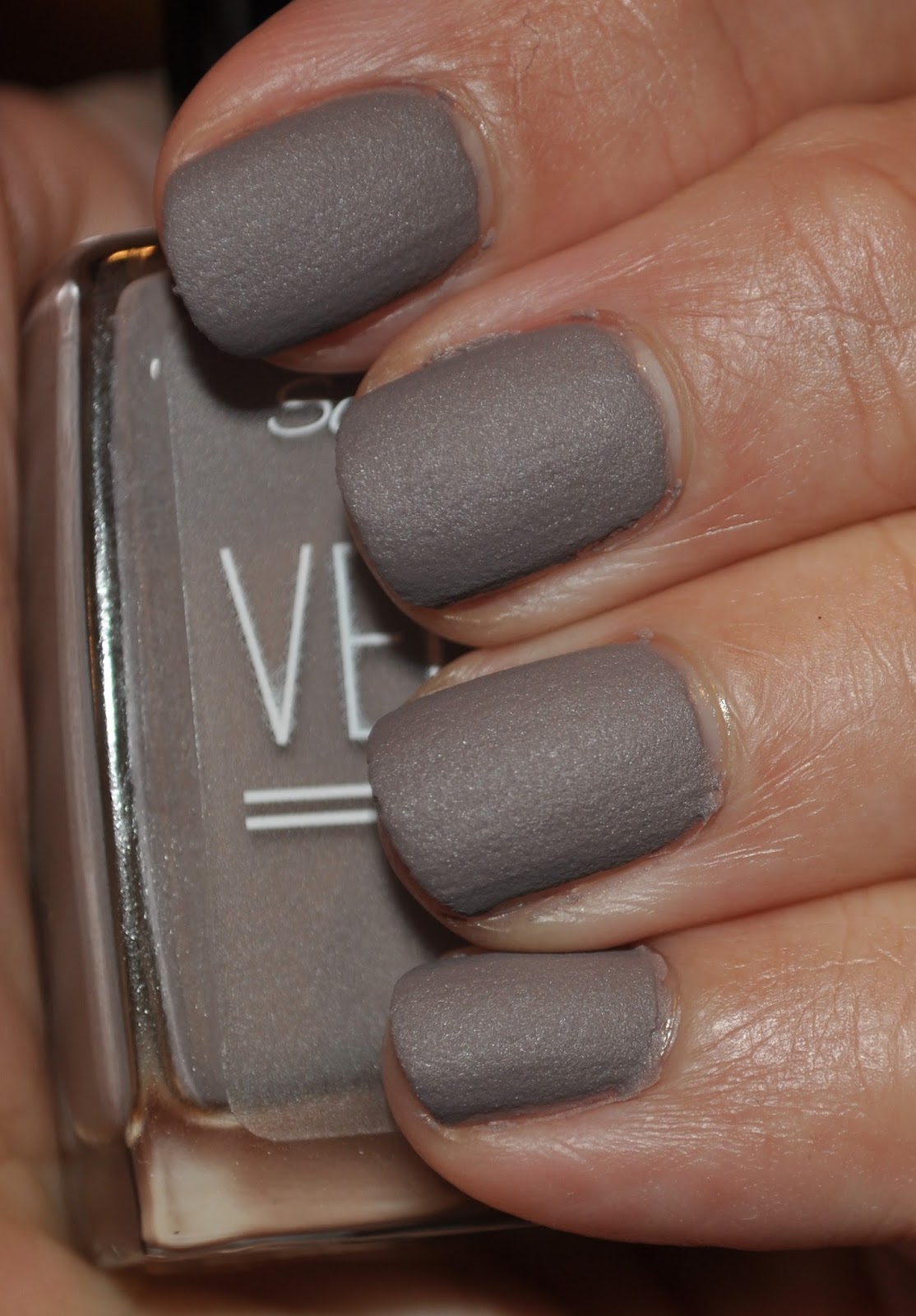 I really liked this polish, except for two things: this gave me lobster hands, which is a real shame because I love the color. The second thing was that this started to chip in less than 24 hours, which drives me absolutely crazy. I really do like these velvet texture polishes, but I wish they didn't chip so darn quickly!
Posted by Cat Ray at 9:57 PM