And after a nice spate of posting, my house was struck by multiple plagues last week so my energy was extremely low and so no posting happened. Hence, no Valentine's Day manicures. I do have one in the vault though, which I'll share with you now! I used Julep Hartleigh (by the way, how long has it been since I blogged about a Julep polish? For-ev-er!), which was a free polish in the January Maven box (additionally, I was given five bottles of Hartleigh to gift to their girlfriends, which I though was awesome). Hartleigh is described as a "holographic heart glitter top coat." What they don't mention is that there's also white hex glitter as well.

Here I've layered Hartleigh over Butter London Right As Rain, which is a grey shimmer. I thought maybe it would be difficult to get the heart glitter out of the bottle, but actually it was pretty easy. I used one coat here and used a combination of "regular" application and dabbing to get the glitter where I wanted it. The hearts do have a hard time lying flat if you get them on the curved part of your nail, but I only have a few issues with that. 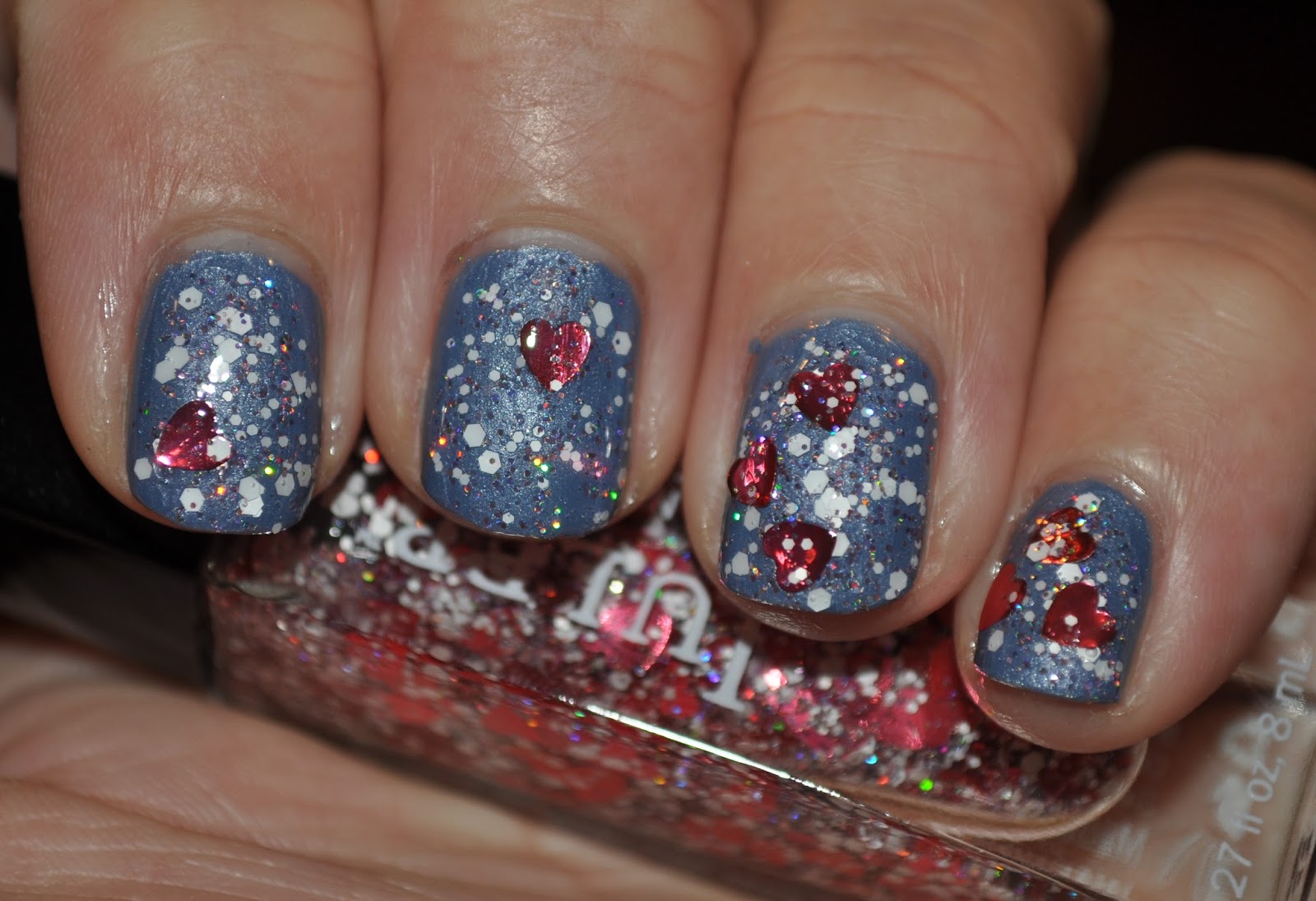 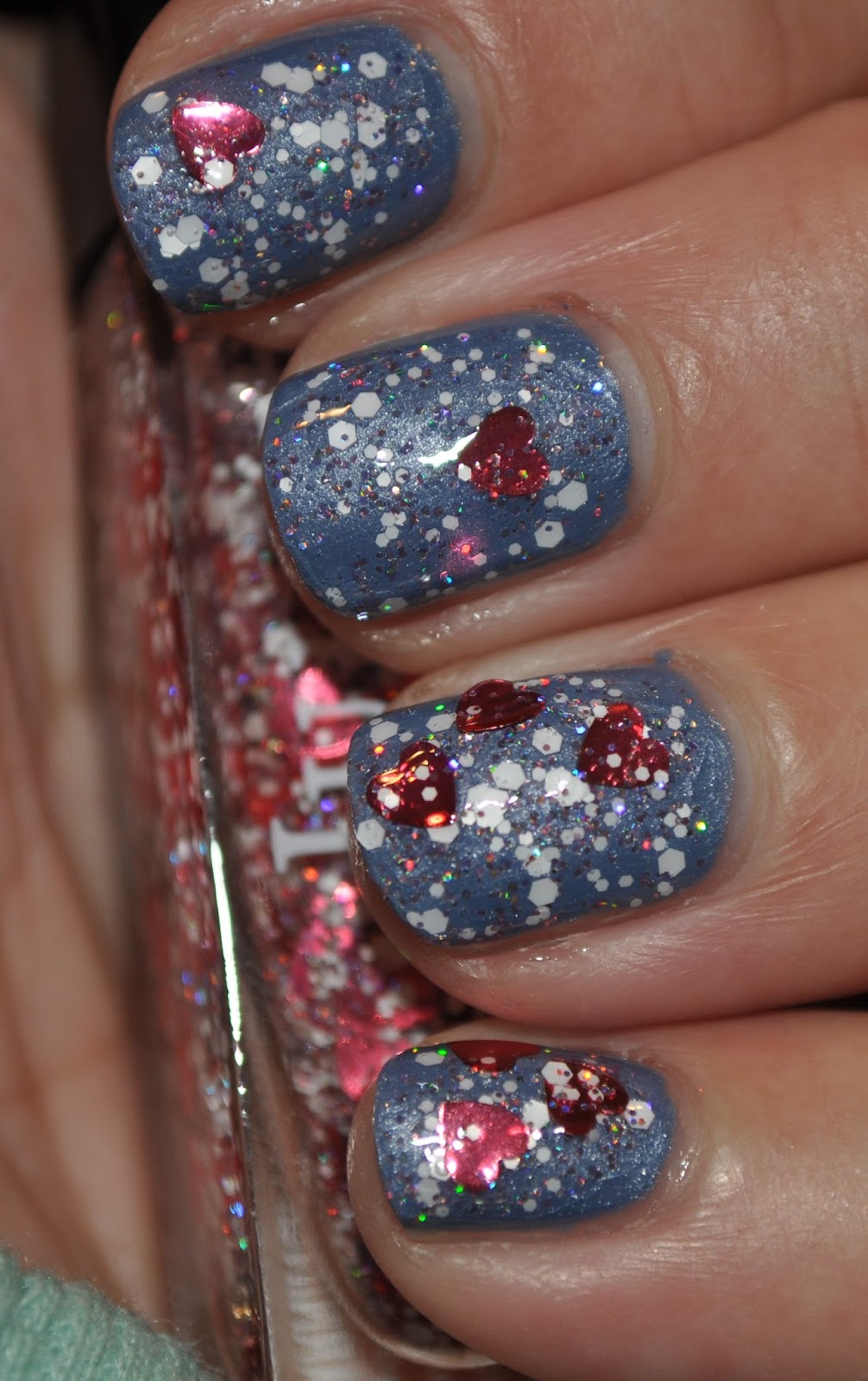 Normally I'm not really one for glitter toppers, but I was in the mood for a themed manicure so this fit the bill nicely. Will I pull it out very much in the future? Doubtful, but given that it was free, I can live with that.

I hope everyone had a nice Valentine's Day with your loved ones!
Posted by Cat Ray at 8:51 PM