The next polish from the Rescue Beauty Fan Collection is IKB: 2012. The description of this polish is: "a bright, vibrant, electric blue with blurple (blue-purple) in a jelly finish, hence, the creation of the most densely pigmented jelly-like finish I’ve ever made. Nora’s endless search for that Yves Klein signature blue (International Klein Blue) is finally over."

Quick history of International Klein Blue, courtesy of Wikipedia: this is a blue that was created by artist Yves Klein and uses the ultramarine pigment to acheive the bold deep hue-- the idea was to replicate on canvas what the dry pigment looked like. And there, now you can say you learned something today!

IKB: 2012 is Ji's twist on the color and so this polish is basically all ultramarine pigment, which makes it interesting to work with. There were some people who complained about the formula of IKB: 2012, leading to a bit of drama on that score, but let's face it-- people apply polish differently and each polish is slightly different. Because of the amount of pigment in this polish, the texture is slightly different and is a little stringy because of it. Though the formula isn't the easiest I've worked with, it's also not as bad as many I have encountered. My recommendations are these: work quickly and use as few brushstrokes as possible. My new rule of thumb with polish application is to ignore how bad the first coat looks and concentrate on making my second (or third) coat as perfect as possible. In this case two coats was generally good enough, though I did use a third coat on my middle nail, since it's wider.

In my pictures below I'm not wearing a top coat so you can see how IKB: 2012 dries. I felt my photos didn't properly capture this polish either-- IKB: 2012 is both slightly darker and more blue in real life, while it seems lighter and more blurple in my photos. 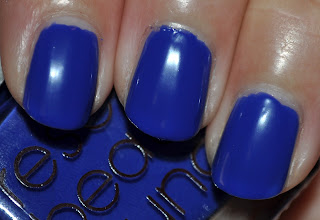 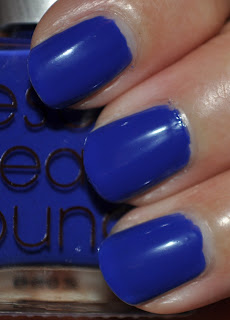 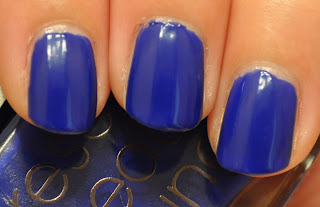 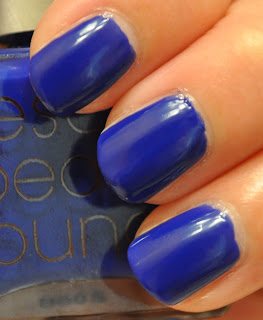 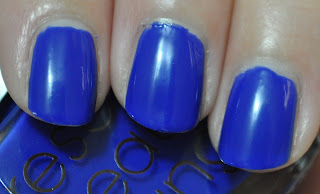 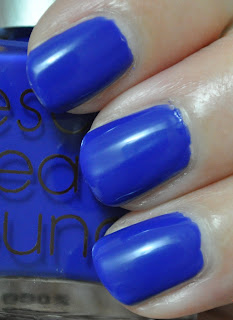 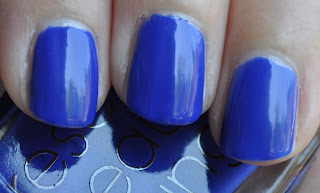 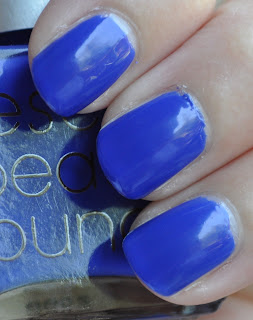 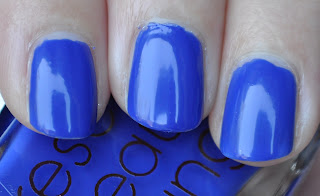 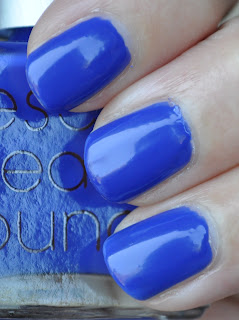 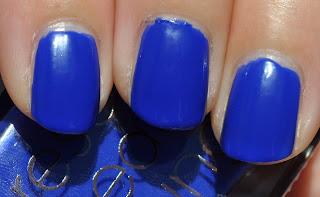 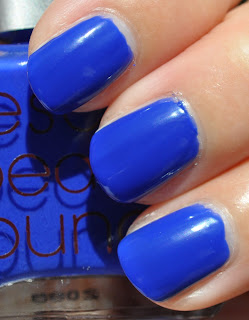 Unfortunately, IKB 2012 is now sold out and not likely to come back, at least any time soon. But if you are looking for a similar color, there are several out there including Revlon Royal (which is slightly darker and has a jelly finish) and Nails Inc Baker St (I don't own it but it is a similar bright blue and currently one of the darlings of the nail polish world). On the bright side, even if the colors aren't exactly the same, both Revlon Royal and Nails Inc Baker St are much cheaper than what you would pay for IKB: 2012.
Posted by Cat Ray at 4:44 PM