Here I just used one coat over OPI Glints of Glinda. The formula is kind of a pain in the butt. The polish is on the thick side, and it's a little difficult to fish out the white glitters, though not impossible. I found putting the bottle on its side was helpful, and then carefully dabbing the glitters on the nail. 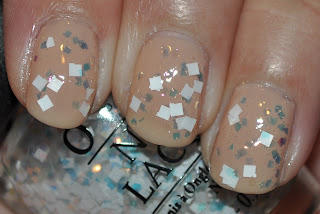 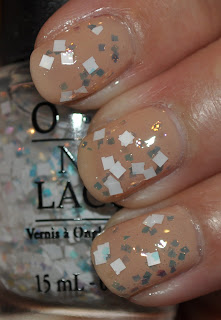 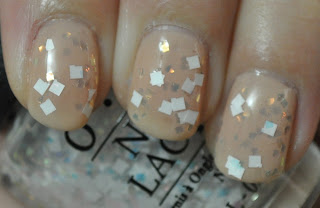 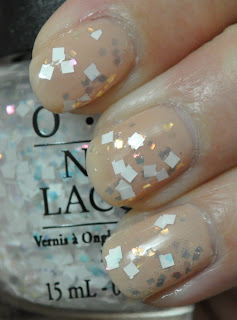 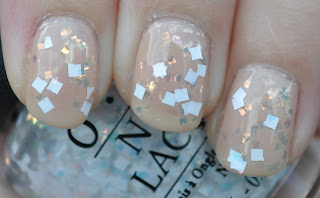 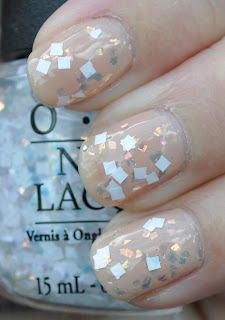 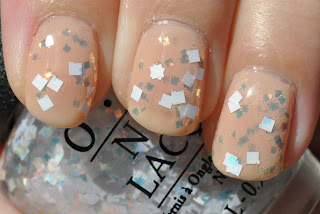 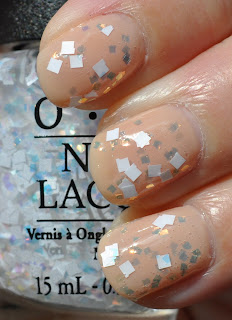 I love the way this looks, despite the somewhat difficult formula. I think it would look really pretty over a variety of base colors-- perhaps something dark, like a blue or plum.
Posted by Cat Ray at 8:39 PM