Sliding in just under the wire... a rare Two-fer Tuesday post! These manicures are basically the same, except they use different polishes. Over the past few months I did a couple of Seahawks (Seattle's NFL team, if you don't know) inspired manicures, but one has just been hanging out in computer, wondering if it would ever see the light day. Given that the Seahawks just won the NFC Championship, I figured now was as good a time as any! 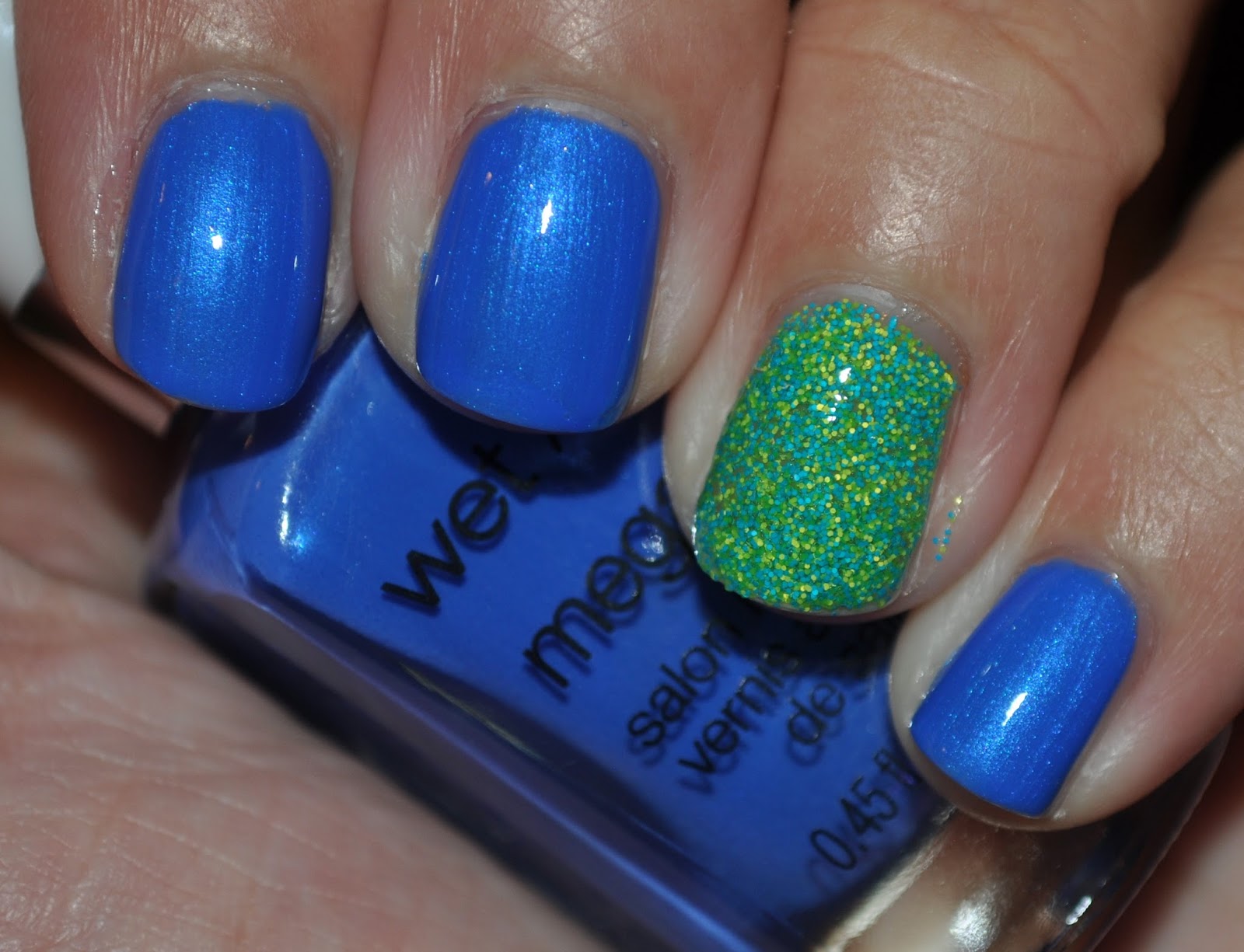 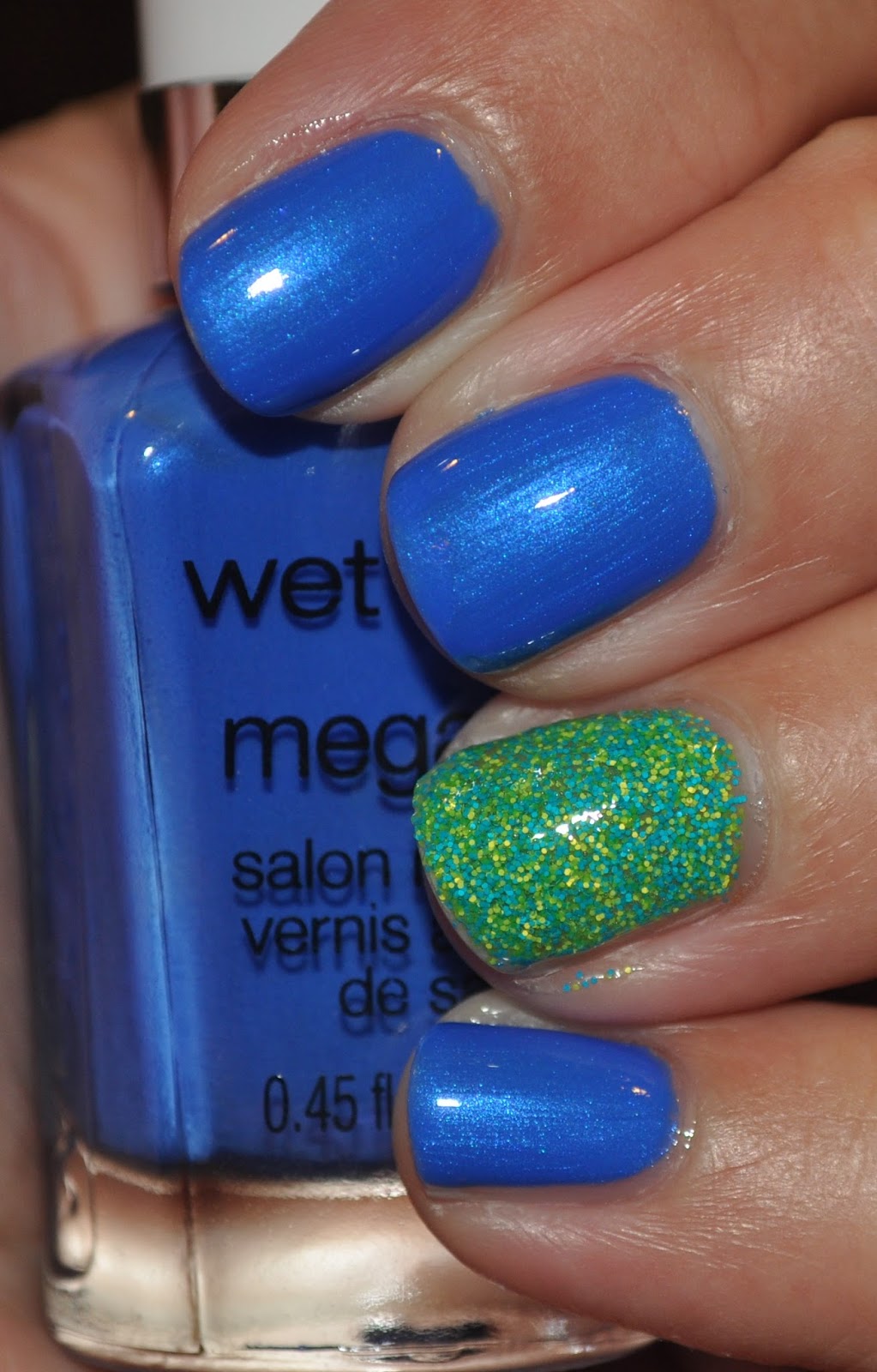 The above manicure is actually from August so whew, a long time ago! I think I was wearing Batbano Blue and wanted to do something fun to jazz it up so I finally (FINALLY!) pulled out my bottle of Floam, which was languishing in a drawer.

And my manicure from this past weekend: 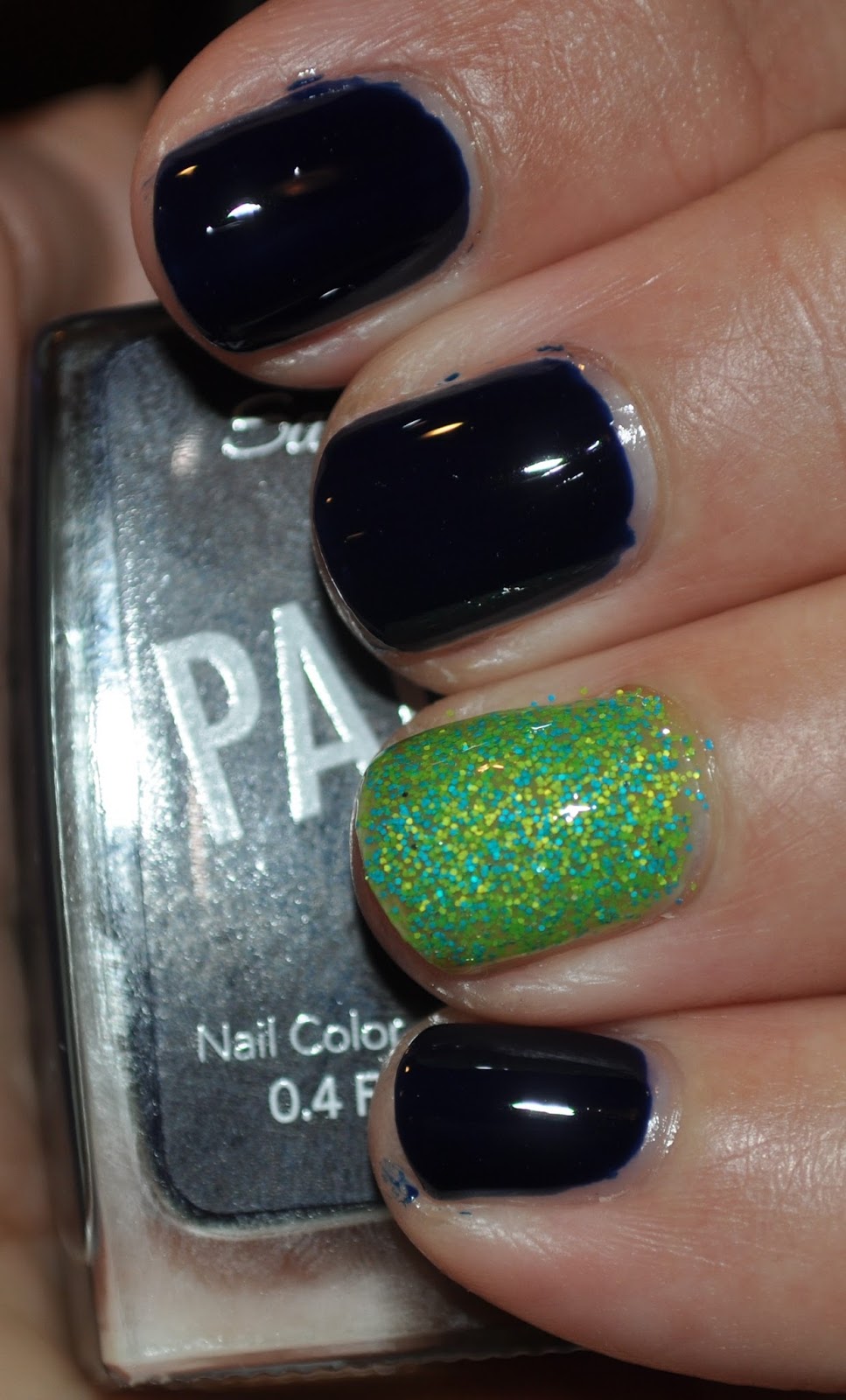 This is a new Sally Hansen polish called Slick (that is a dark dark blue) and is supposed to have a patent finish-- aka super shiny. And if you think I'm wearing Floam on my ringer again, you would be wrong. This is 12th Woman from Daily Hues Lacquer. It should have some silver circle glitters as well, but I was having trouble getting them out of the bottle.

Now I need to start planning a manicure for the Super Bowl, since the Seahawks miraculously made it back for the second year in a row!
Posted by Cat Ray at 9:15 PM