For once, even though I am behind with my swatches-- I'm also sort of ahead! Tonight I have Zoya Jacqueline to share with you. Jacqueline was originally released back in September during Fashion Week as part of a trio for Peter Som, which I bought when it was released (and did actually swatched in September too!). It is being re-released as a part of Zoya's Spring 2012 Lovely Collection. So I can actually show this to you early (sort of)!

Jacqueline is a described as a "perfectly balanced opaque nude cream with cool and warm undertones" and a "perfect magnolia nude cream". This color reminds me of a frosting and has a subtle silver shimmer to it. On my skin, this takes on a sort of peachy-yellow tone, though in the bottle it definitely seems more like a creamy tan nude. The formula on this wasn't great, which seems to be commonplace with Zoya's nude cremes. I mean, the polish itself is decently pigmented and doesn't seem too thick or too thin, but it's super streaky. SUPER streaky. I used three coats here and I think it's still a little patchy in places. I used a very light touch when applying it, and made sure to wait for each coat to dry before applying the next one to avoid bubbling if I used thicker coats. 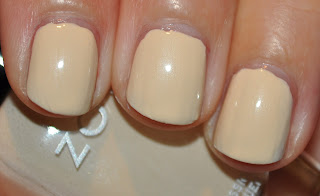 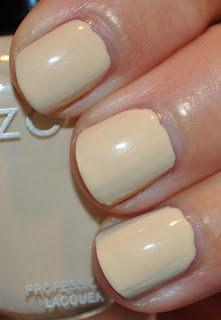 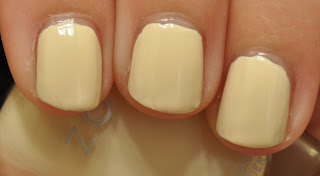 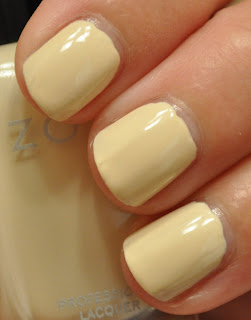 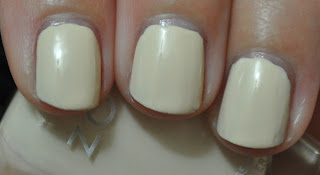 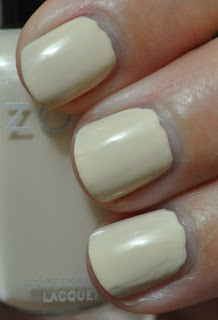 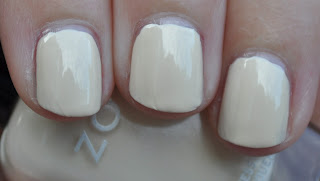 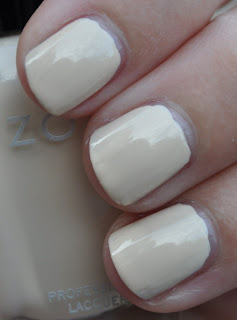 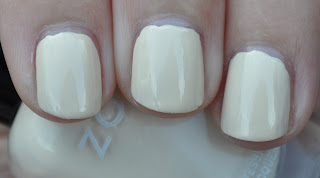 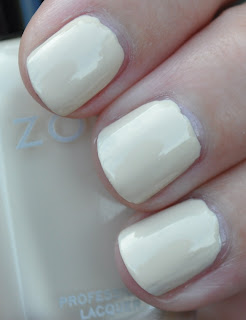 I really do like how this looks, and the subtle shimmer is really pretty. I think nude could be flattering on a variety of skin tones. I just wish the formula was better.

I hope everyone had a very merry Christmas (or just enjoyed some time off)-- I was incredibly spoiled this year, thanks to my wonderful family. My husband and I (and our puppy) had a great time celebrating the holiday. It was going great until I got a terrible head cold-- I woke up Friday feeling like my sinuses were filled with cement. Luckily I have a great husband and he got me a Neti pot, Kleenex, and throat drops and now I'm feeling much better. It's just no fun being sick!
Posted by Cat Ray at 7:50 PM