Even though it's March, I finally have the polishes from my February Maven box to share with. This was actually the last month of the American Beauty box. Tonight I have Julep Sally for you, one of the two polishes in the box. Named after Sally Fields, Sally is described as a "antique ivory creme". I take a bit of issue with this description-- to me, ivory, even antique ivory, would be a slightly yellow off white and to my eyes, Sally seems much more orange-- like a very light pastel creamsicle orange. In the bottle it did look fairly yellow in color, but definitely not on the nail.

Sally actually had a pretty decent formula, given the color. It was a bit streaky, but not as terrible as it could have been. Here I have only used two coats, but they were on the thicker side. 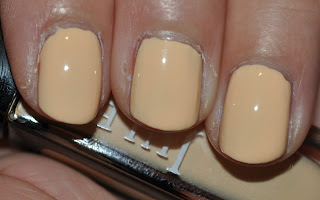 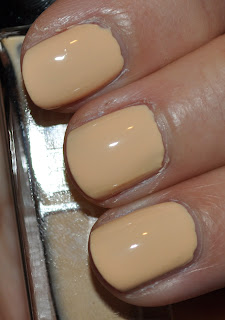 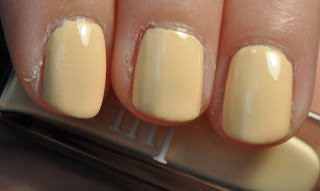 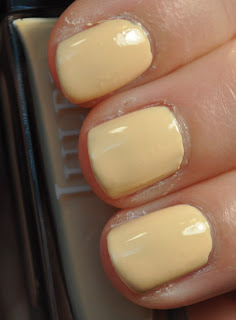 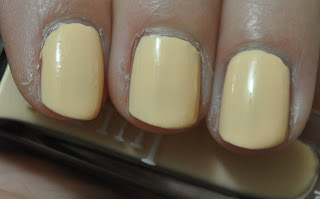 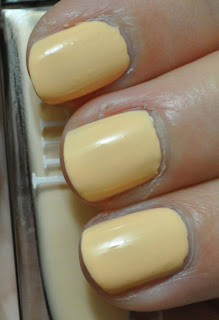 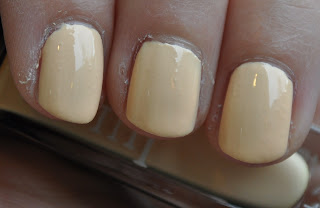 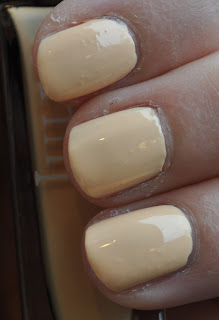 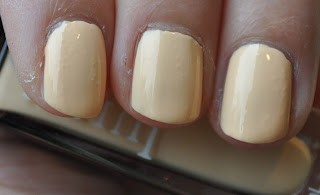 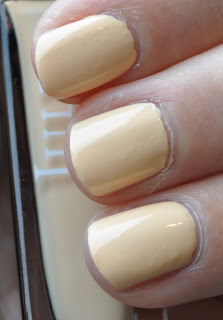 I did have some bubbling with this. I think it was because I used thicker coats and maybe didn't let them dry long enough in between. In the future, I would probably use thinner coats to prevent any bubbling.
Posted by Cat Ray at 9:07 PM