Tonight I have a polish that I've had swatched for some time, but haven't gotten on the blog yet. Summerland Beach is a polish American Apparel released as part of their "sheer" line of polishes. I assumed that the "sheer" moniker meant that the polishes would be jelly in texture, but in reality Summerland Beach is more of a creme/jelly hybird. I would describe it as a peachy pink.

The formula was a little difficult to work with, if only because it was a bit streaky and I would just using a light touch to prevent the polish from dragging and streaking. I needed three coats to make sure it was even, though if you applied it better than I did, you could probably get away with two coats. 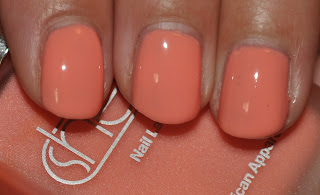 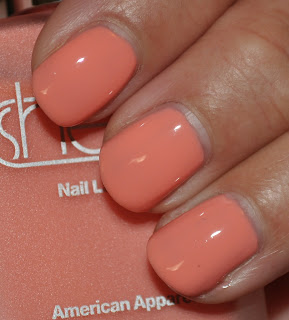 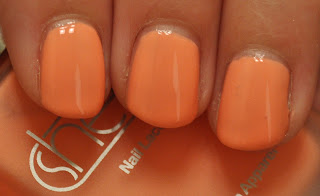 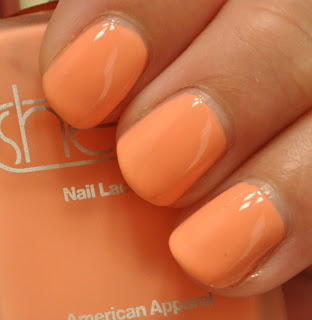 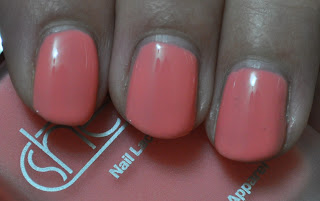 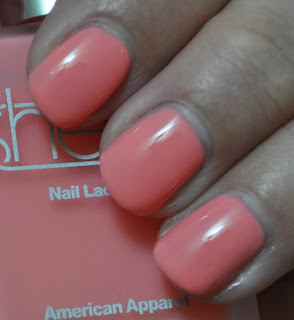 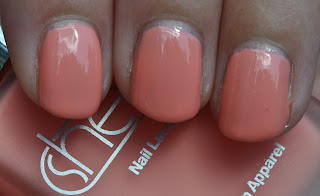 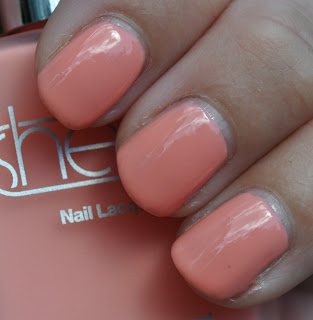 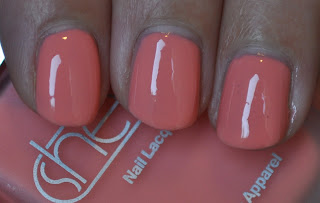 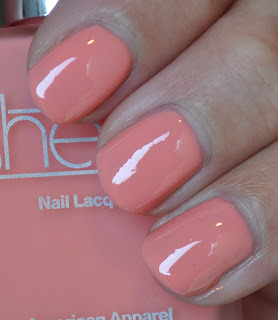 I like this polish a lot-- very summery and I felt like it made me look tan, which I love.
Posted by Cat Ray at 9:22 PM