You might be wondering how I am choosing to showcase a polish named Winter the day after the 4th of July. In Seattle we have an inside joke that summer doesn't actually start until after the 4th of July (which can sometimes be very rainy and winter-like) so I thought it would be funny to share this polish on the "unofficial" start to summer here in the PNW. Really, of course, we've been having some great weather, though coincidentally, the weather forecast for today is saying rain! So there's a bit of weather irony for you. Or something, I don't know. I found it funny.

Anyway, today's polish is Enchanted Polish Winter and as the name might imply, was released during the winter season (as part of an LE trio). Winter is a "dove grey holo" and if it looks familiar, it's because I used it as a base for some nail art awhile ago. Here I have used two coats and it actually looks pretty good, though if I had been wearing it alone I probably would have opted for a third coat. That said, I was a little worried about the formula with such a light color, but it was actually pretty good. I used a very light touch to ensure that there weren't any streaks and that definitely prevented any problems there might have been. 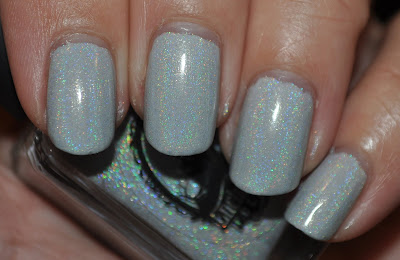 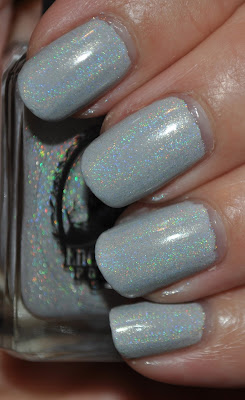 I think this is really pretty! I love the soft grey with the rainbow flair from the holo and think this color works year round. I just love it! It's not necessarily unique but I don't care, because I think it's very elegant and gorgeous.
Posted by Cat Ray at 6:00 AM