Hey all! This weekend is the Super Bowl! Generally I am only mildly interested in the Super Bowl, as college football is my true love, but I do enjoy watching and rooting for my hometown team-- the Seattle Seahawks! And now they're headed to the Super Bowl for the second time in the franchise's history! Naturally, I had to have a manicure to celebrate. I've been planning this mani since before the NFC Championship Game! There's a ton of Seahawks spirit in the city right now and it's awesome to see so many people excited about supporting our team.

To put together my Seahawks mani I wanted to choose the right polishes. I found the perfect polish online-- from JENsations, a local Seattle polish maker. It's a glitter polish called Seattle Seahawks and inspired by the team's colors. It features blue and neon green hex glitter, in addition to white bar and diamond glitter. I love the way this looks in the bottle and think it perfectly captures the Seahawks. Given that the team often uses grey as an accent color, I decided to layer this glitter over the now defunct Lex Cosmetics Seattle Sunshine-- it seemed like it was meant to be. Then I added an accent nail of Julep (being a Seattle based company) Lola, a dark navy blue satin. I found some nail tattoos online and ordered those as well, so I put one of those on my accent nail. Initially I was hoping to leave the whole nail without top coat to emulate the helmets (matte blue with a shiny logo) but when applying the tattoo there was some residue that also transferred so I ended up putting a top coat on anyway. The tattoo is a little lost on the nail given the dark base color and the dark colors of the tattoo itself (it's recommended you put it over a white or light colored polish) but I still like the way it looks. 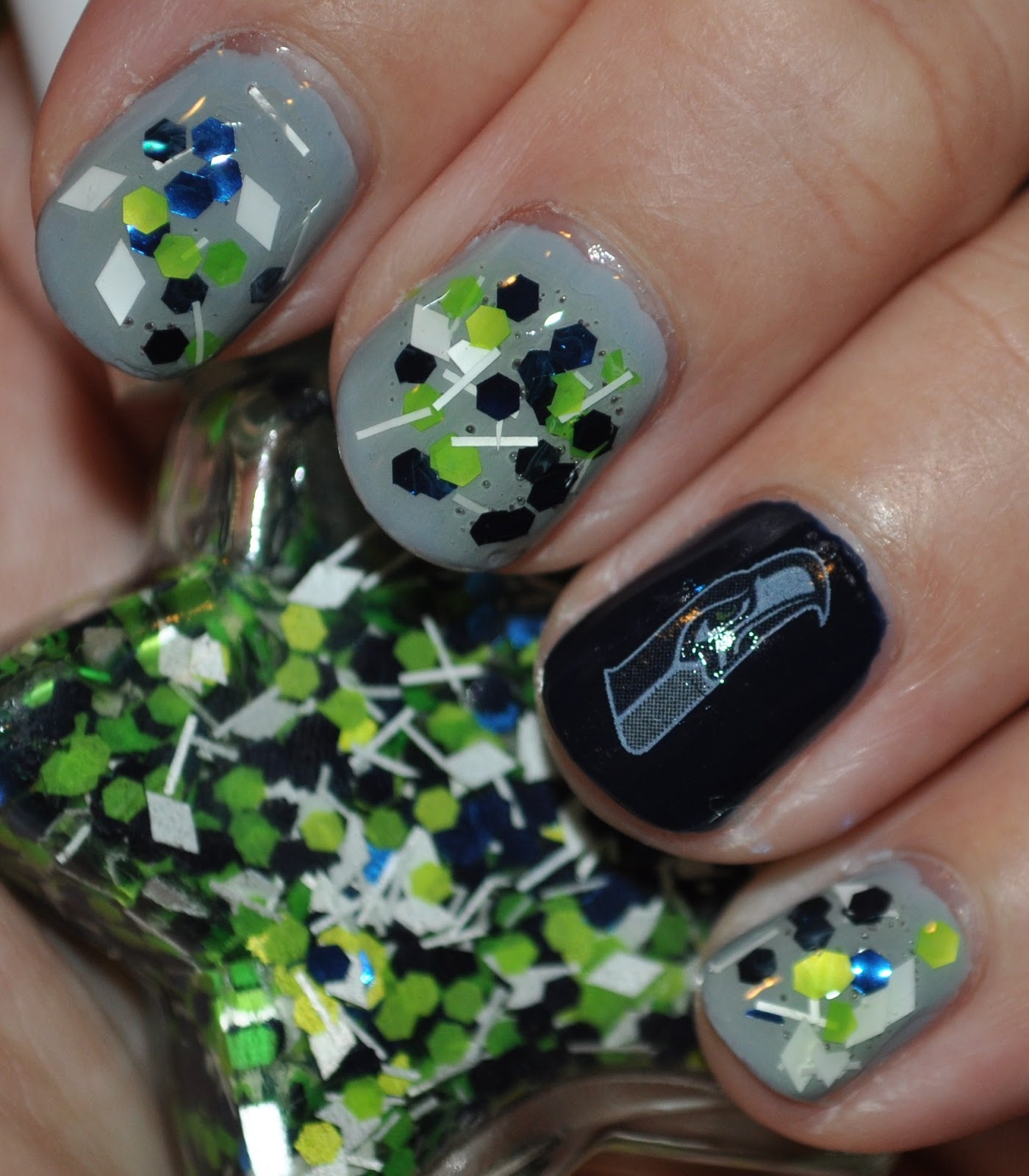 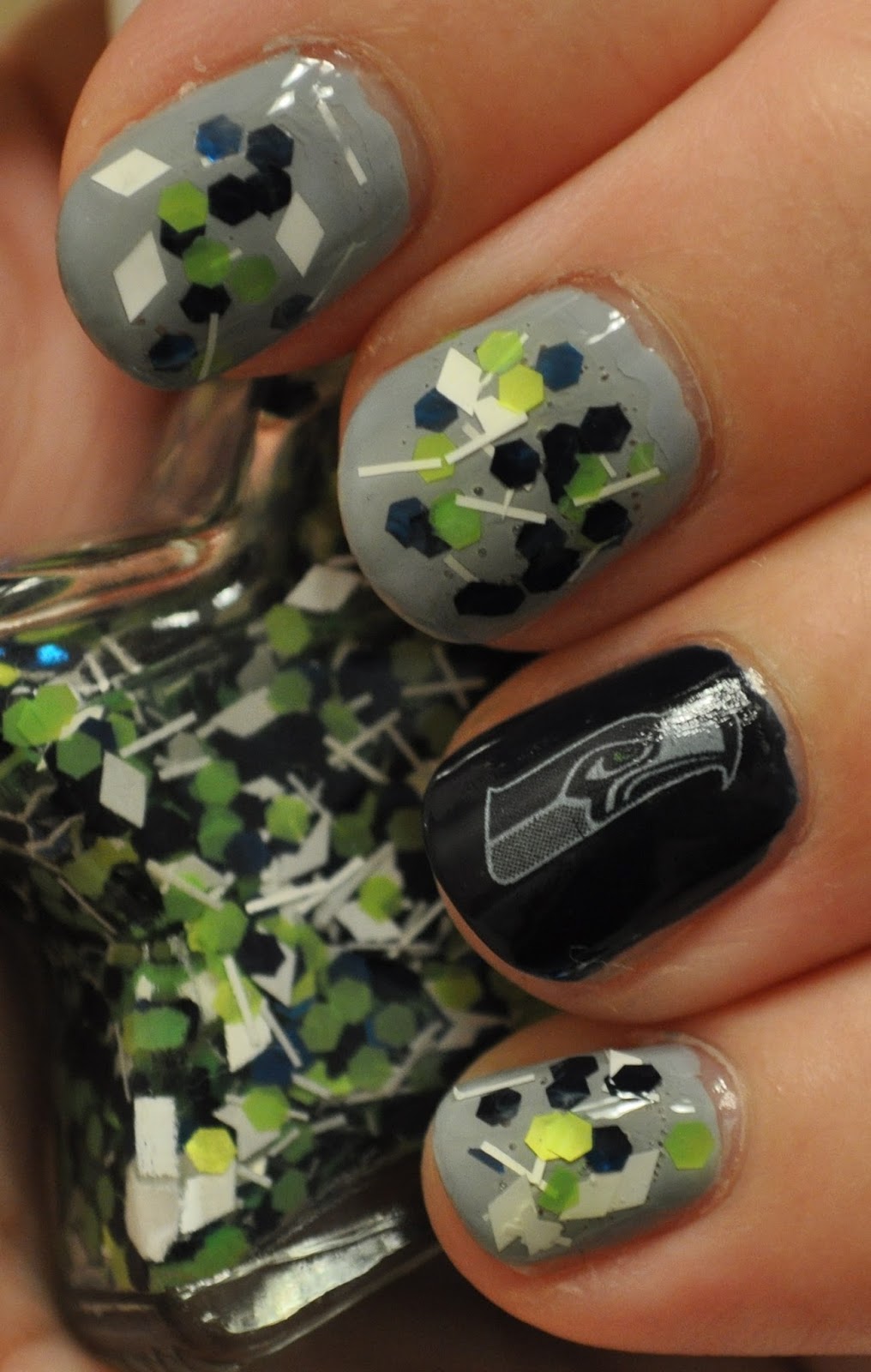 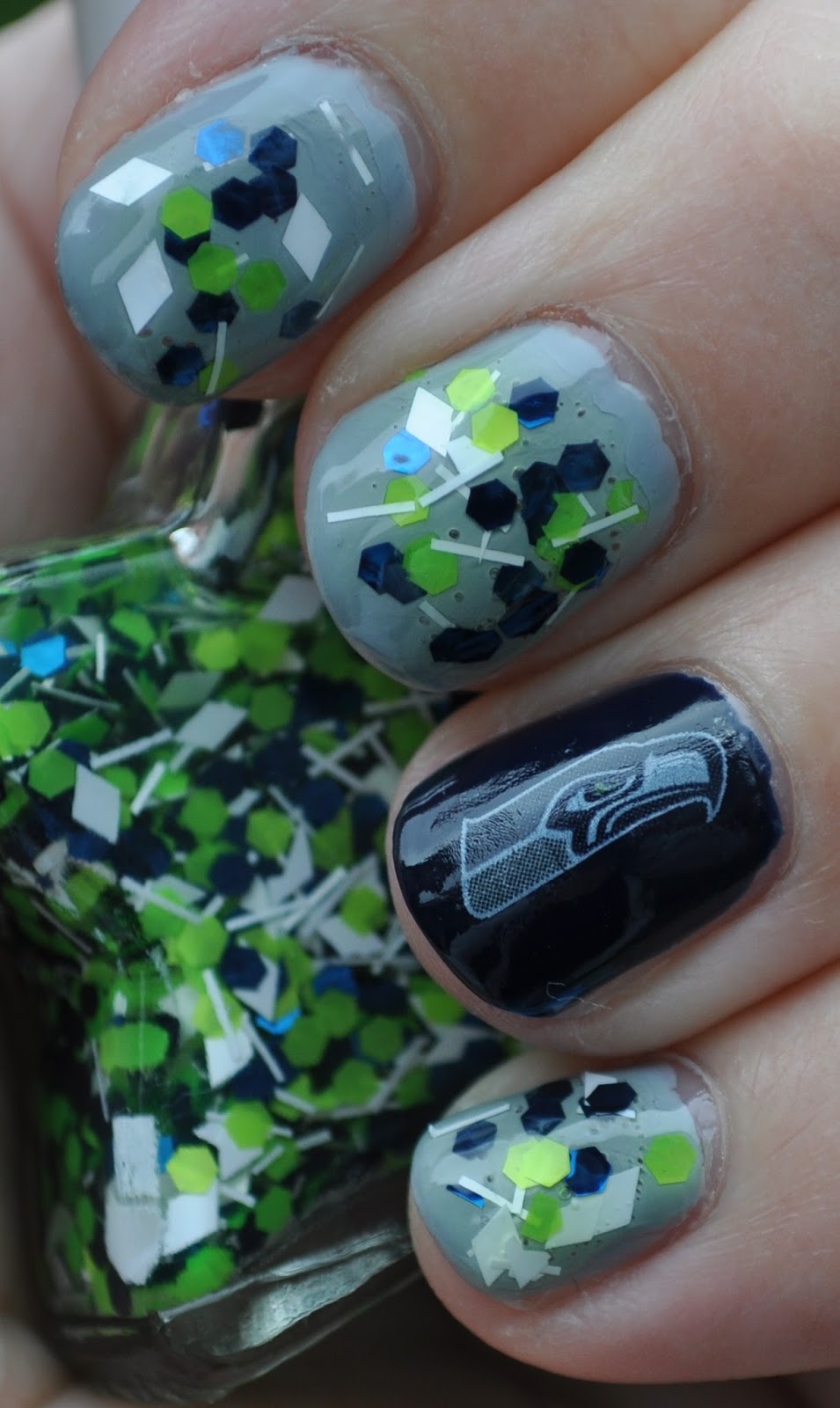 It's not the best manicure I've ever done, especially given my limited time, but I enjoy having spirited nails and was glad I could put together something for my team!