One thing you may not know about me is that I am a huge Star Wars nerd. I was introduced to the films slightly later than some (I was around 13) but I remember going to see the re-released "Special Editions"  with my dad and being instantly hooked. Today, May 25th, marks the 30th Anniversary of Return of the Jedi, the third film from the original trilogy. Originally I planned a whole week of Star Wars polishes, but I haven't had the time or the energy.

In honor of the films, today I have a Harlow & Co exclusive polish, Luke's Lightsaber. I can't remember exactly when this was released, but I snagged one of the last bottles and have had it since January-- waiting for now! Luke's Lightsaber is a shimmery cool light blue-- it has a fairly wintery feel to it, but I feel it doesn't matter what the season is, this will look good and seems very versatile! I didn't have any difficulty applying this polish and it was actually completely opaque in two coats, though I decided to layer on a three just to deepen the color. This dries down and seems to have an almost metallic finish to it, so you do need to be a bit careful with brushstrokes-- however, this wasn't a huge problem during my application. And this blue definitely captures the color of Luke's lightsaber in the movies. 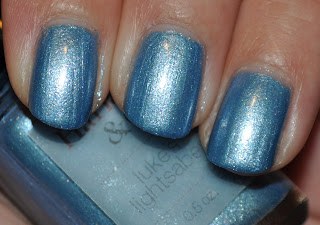 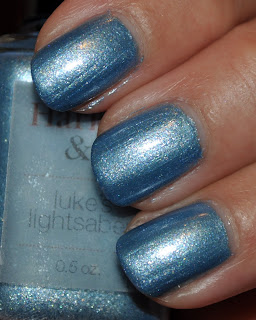 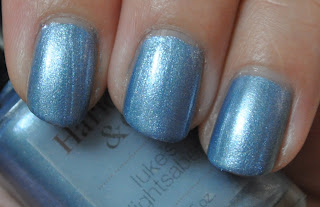 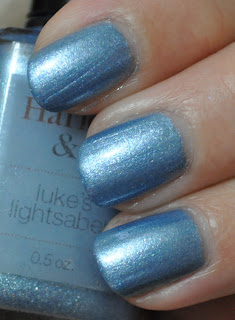 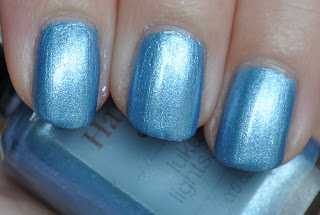 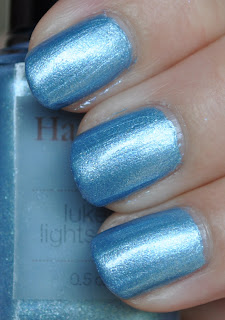 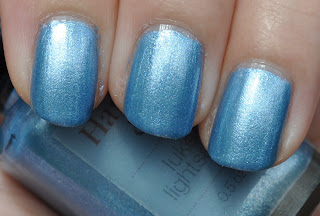 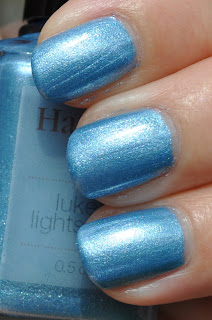 While technically Luke carries a green lightsaber in Return of the Jedi, I think the blue color is appropriate here because there are so many iconic scenes for the series featuring the blue lightsaber-- in fact, it's the first lightsaber we see in the trilogy. Personally, one of my all time favorite moments comes in Return of the Jedi, when Luke has been captured by the Emperor and is forced to fight Darth Vader. Realizing that he can't kill his father (spoiler alert!), Luke throws away his lightsaber and declares he won't fight because he is Jedi, like his father before him. It's soooooo good! Sorry, nerd alert. But I seriously love these movies.

Sadly, Luke's Lightsaber isn't currently available on Harlow & Co, and I'm not sure if there are plans to bring it back any time soon, if ever.