I'm ashamed to admit to this post has been sitting in my drafts list for over a month now. Yikes. But at least I'm posting it now!!

Today I have Essie Tangerine to show you! Given the name, you probably don't really need to guess what the color of this polish is. Essie describes this as a "juicy orange-red creme" and I can't really add anything to that. Because it's an orange-red, it's incredibly hard to capture and the color shifts depending on the light. Sometimes it's more red-orange and in other lights it takes on a pinky coral-like color. Sneaky sneaky! It looks like Tangerine was realized as part of Essie's Summer 2010 collection (at least, that's about the earliest I can find reviews for it).

The formula on Tangerine was pretty good-- it goes on very smoothly and three coats gave great coverage. There is a tiny bit of visible nail line, but it's not bad at all. That's probably why I used three coats in the end. 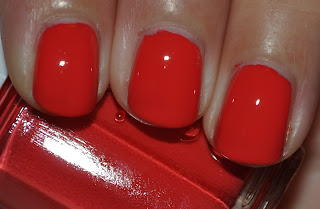 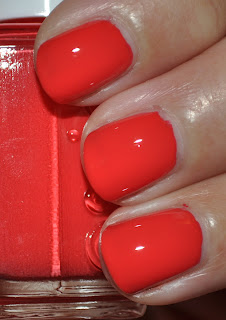 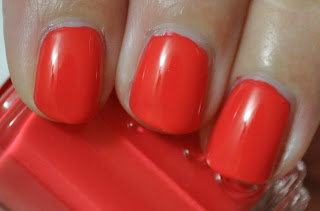 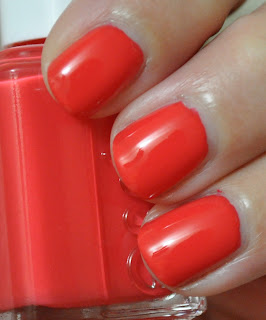 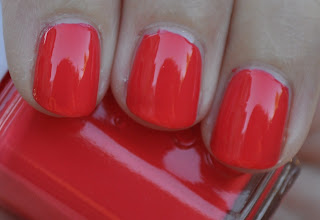 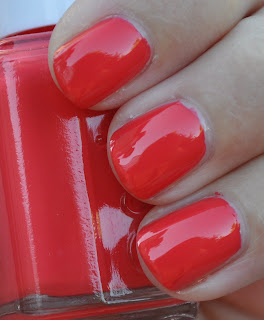 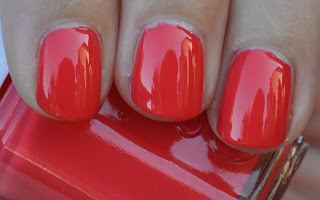 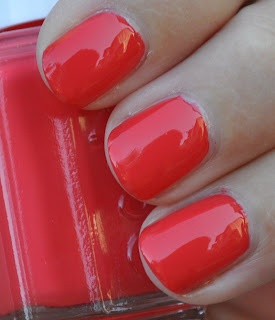 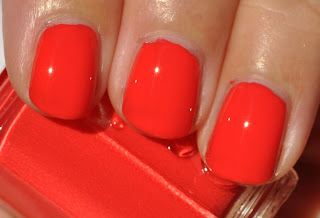 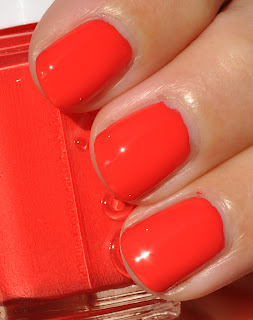 Unfortunately, Tangerine isn't currently available from Essie, though I'm sure there are similar polishes out there. And it looks like if you really like, you can find Tangerine through other internet sources. However, Tangerine is one of those colors that is just perfect for summer and even though there are probably about a thousand similar polishes out there and I can't get enough of these colors. There's something about the bright, summery color that just instantly appeals to me, not matter how many I already have.
Posted by Cat Ray at 11:45 AM