Purple Thursday: OPI Do You Have This Color in Stockholm?

And for another switch up, we're having a Purple Friday on Thursday! The Huskies are playing tonight down in LA against the USC Trojans (and former coach) so of course it's a big game! And of course I have a purple mani to show you! It's a Husky game day! I'm not super optimistic about the game, but am hoping we play well and maybe, just maybe, pull out a win. That would be amazing!

This week I decided to go with a classic purple creme, mainly because I'm lazy and wanted something quick, but also because it's well, really, it's a classic! So is the UW-USC rivalry and we've had some awesome (and heart-breaking) games. So I grabbed a polish from the company that started my nail polish addiction: OPI. This is Do You Have This Color in Stockholm? and was released as a part of the 2014 F/W collection. This polish, which has an insanely long name, is a deep right purple with blue tones. The color is incredible. However... the formula leaves a lot to be desired. It's decently pigmented, but it's thin and watery and so goes on very streaky. Womp womp. It's workable, just not would I would have hoped for. I used three coats here and I would recommend using a light hand to avoid dragging and creating more streaks. I basically tried to "float" the third coat on there to make sure I got rid of all the streaks, because there were still there after two coats. On the upside, it did dry down quickly and does dry to a shiny finish (I'm not wearing a top coat here). 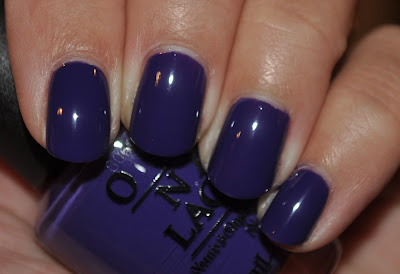 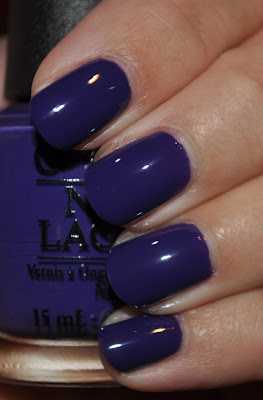 I wasn't thrilled with these photos with my photos-- you can tell it's purple, but it looks a little washed out. So I took a couple photos with my iPhone-- they're not great quality, but I think the color looks a lot closer to real life. 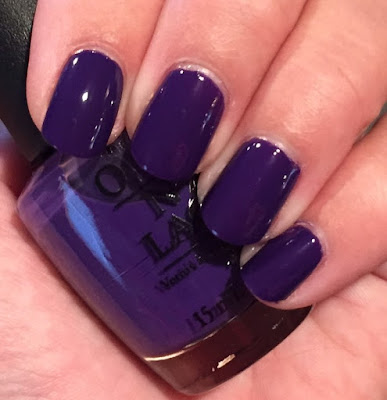 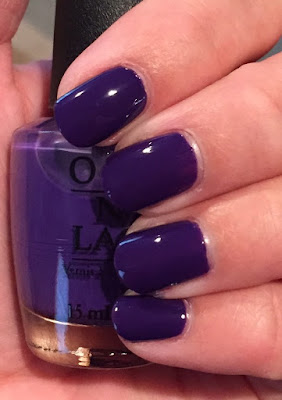 So that's it for this week! The color is fabulous, but the formula left a lot to be desired. Which is a shame, because I expect more from OPI in general and they generally deliver. Bummer! But... I'm willing to forgive them because this is a pretty fabulous purple. And so with that, I'm signing out!